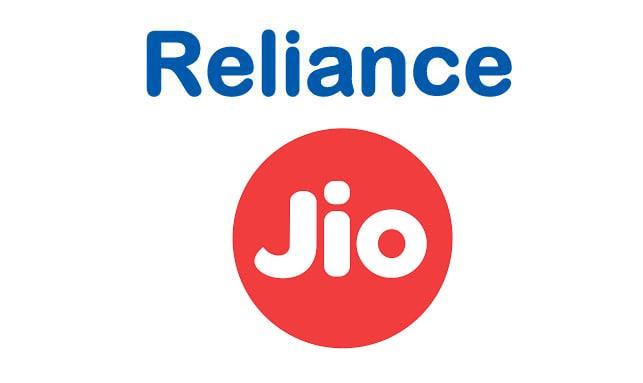 Mumbai/New Delhi, Jan 17 : India’s most valuable company Reliance Industries on Friday posted a record quarterly net profit of Rs 11,640 crore as a turnaround in oil refining business together with the continued rise in the share of its consumer businesses of retail and telecom countered lower profitability in petrochemicals.
The oil-to-telecom conglomerate, led by richest Indian Mukesh Ambani, reported a net profit of Rs 11,640 crore, or Rs 18.4 per share, in October-December, up from Rs 10,251 crore, or Rs 17.3 a share, in the same period of the previous financial year, the company said in a statement.
This is the highest quarterly net profit earned by any private company, surpassing its own previous best of Rs 11,262 crore in the July-September 2019 period.
State-owned Indian Oil Corp (IOC) holds the distinction of posting the highest ever quarterly profit by any Indian firm when it had reported a net profit of Rs 14,512.81 crore in January-March 2013.
However, consolidated revenue fell 1.4 per cent to Rs 168,858 crore in the third quarter of 2019-20.
While oil refining margins rose after six straight quarters of decline, the company opened 415 more retail stores and added 37.1 million subscribers to its Jio mobile phone service that helped increase the profitability of the venture. But the weakness in its traditional petrochemical businesses continued.
The operator of the world’s largest oil refining complex saw pre-tax earnings from the business rise 12 per cent to Rs 5,657 crore in the third quarter of the current fiscal year.
It earned USD 9.2 on turning every barrel of crude oil into fuel as compared to a gross refining margin (GRM) of USD 8.8 per barrel in the October-December 2018. The GRM was, however, lower than USD 9.4 per barrel earned in July-September 2019.
Reliance reported record pre-tax profit from its retail and telecom businesses. The two segments now account for nearly 40 per cent of its EBITDA, up from close to 25 per cent last financial year.
With its retail store strength rising to 11,316 from 10,901 at the end of the second quarter, the retail business posted a 58 per cent jump in pre-tax profit to Rs 2,389 crore and a 27 per cent rise in revenue at Rs 45,327 crore.
Reliance Jio, the group’s telecom arm, posted a standalone net profit of Rs 1,350 crore, which was 62.5 per cent more than the previous year, as subscriber base swelled to 370 million.
Earning per subscriber rose to 128.4 per month from Rs 120 in the previous quarter. This is the first reversal as earning per subscriber had been on a decline since the first quarter of 2018-19 when it clocked Rs 134.3.
Jio crossed Rs 5,600 crore quarterly EBITDA for the first time and saw a 40 per cent data traffic growth and 30 per cent voice growth year on year, the company said.
Retail is growing faster than every other player, expanding across geographies, formats and verticals. Over 176 million customers walked into its stores, 42.6 per cent more than last year, as it now has over 26.3 million square feet of retail space spread across nearly 7,000 towns.
Despite repeating record production of 9.9 million tonnes, the petrochemical business saw pre-tax profit drop 28.5 per cent to Rs 5,880 crore on fall in product prices.
Reliance’s twin refineries at Jamnagar in Gujarat processed 18.1 million tonnes of crude oil, marginally higher than 18 million tonnes a year back.
Loss in the oil and gas exploration and production business widened to Rs 366 crore from Rs 185 crore in October-December 2018.
Commenting on the results, Ambani, Chairman and Managing Director, Reliance Industries Ltd said: “The third-quarter results for our energy business reflects the weak global economic environment and volatility in energy markets. Within our oil-to-chemical (O2C) chain, downstream petrochemicals profitability was impacted by weak margins across products with subdued demand in well-supplied markets.”
Refining segment performance improved in a difficult operating environment given the continuous focus on cost positions, high operating rates, and product placement.
Consumer businesses continue to establish new milestones every quarter, he said. “We saw consistent same-store sales growth and record footfall across our stores driven by our compelling proposition of great shopping experience and superior value. Jio is focused on giving unmatched digital experience to consumers on a nationwide basis at most affordable price, and accordingly expanding network capacity and coverage to keep pace with demand.”
He said Reliance was making good progress on the value unlocking initiatives announced earlier but did not give details of the proposed sale of 20 per cent of O2C business to the Saudi Arabian national oil company.
In August 2019, Ambani had announced plans to sell a fifth of the O2C business to Saudi Aramco for a valuation of USD 75 billion. The deal is expected to close next year.
Having completed its major investment cycle, Reliance said its outstanding debt rose to Rs 306,851 crore as on December 31, 2019, from Rs 291,982 crore as on September 30, 2019, and Rs 187,505 crore in March-end.
Cash in hand increased to Rs 153,719 crore from Rs 134,746 crore at the end of the September quarter.