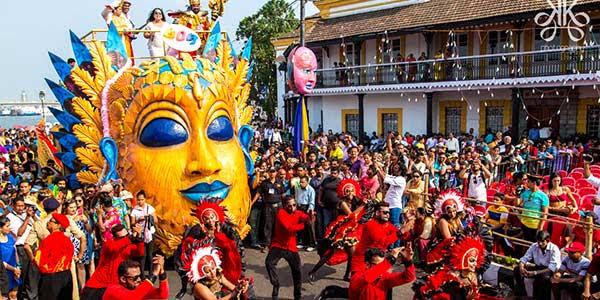 Panaji: The annual Carnival Float Parade will be held in the State from February 22 to 25.

The decision was taken during a meeting chaired by Deputy Chief Minister and Minister for Tourism Manohar Ajgaonkar.

During the meeting, the Commissioner of CCP suggested changing the Panaji Carnival Float Parade route from the existing Miramar to Dona Paula to the old route from Paryatan Bhavan, Patto via old Patto bridge- behind old secretariat – Panaji Church – right from commercial point via Cafe Bhosle to Azad Maidan, Panaji in order to bring the festival atmosphere in the city.

Also, the Committee members of Margao Carnival Float Parade decided to restore the old route from Margao Holy Spirit Church to Margao Municipal Building to old bus stand instead of Fatorda. Other routes at Mapusa and Vasco remain unchanged.