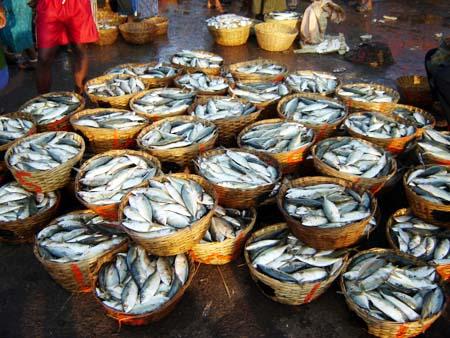 Panaji: In a late night development, Goa Health Minister Vishwajit Rane on Monday issued statement to allay fear from the mind of people about the fish that is imported in the state.

Rane has said that the there is no need to panic that proper tests are conducted on the fish that is imported in the state to ensure that no chemical, including formalin, is used to preserve it.

The minister’s statement comes hours after NCP Goa MLA Churchill Alemao addressed a press conference in South Goa on Monday urging people not to eat fish for next three months. Alemao had claimed that formalin laced fish was being imported in the State which can cause disease like cancer.

In a bid to control the panic that could be created due to statement of Alemao, Rane has issued statement during mid night of Monday informing about the steps taken by State government.

“With all seriousness, I would like to inform the people of Goa that the fish imported in the state is been thoroughly checked, not only by the state government but also via the central government agencies,” he said.

“Chief Minister Pramod Sawant and I are strictly monitoring and keeping vigil. As Health Minister of State, I am accountable to the people of my state and ensure food safety. The fish that is being imported in the state is absolutely safe for consumption,” Rane stated.

The minister said that all the measures are put in place and every officer on duty is doing their job. “It is sad to see such politicians at a high position making irresponsible statements, I would also like to appeal to the members of media to keep a vigil on their own and if anything is going wrong to bring forward the same to the notice of the department,” he said referring to the statement by Alemao.

As committed, we are keeping strict watch and we will be continuously monitoring all fish that is being imported in the state, he added.

Goa had banned import of fish during last monsoon fearing formalin being used to preserve the fish which is imported from other states like Tamil Nadu and Orissa.

This year, state government has assigned the work of testing the fish to Quality Council of India, a central government body.