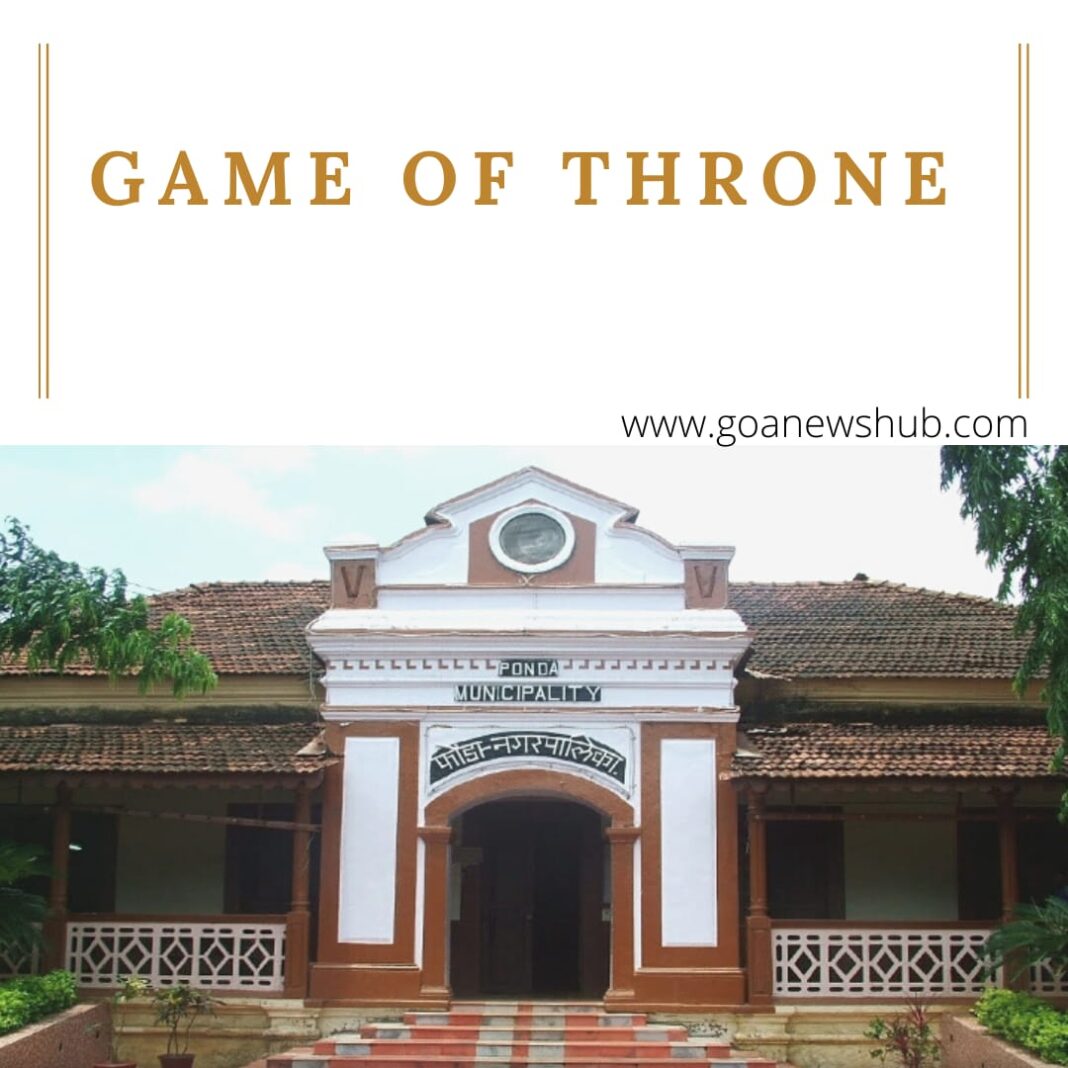 Ponda: Politics and greed for power should have taken a backseat in these times of pandemic. But Ponda seems to be an exception to it.

The Power Game for the Throne of Ponda Municipal Council Chairperson’s post is fully on. Vishwanath Dalvi, a BJP councilor, has been asked to step down, apparently to make way for Reitesh Naik.

Reitesh is a son of Congress MLA Ravi Naik. Reitesh and Roy had ceremoniously joined BJP recently after which the former was tipped off to be the next Chief of Ponda Municipality.

But BJP, then, played a different game. Dalvi was sworn in, who replaced then PMC Chief Venkatesh Naik.

This was considered as a move by the party bowing to the traditional supporters in this constituency. Ponda has a sizable presence of BJP sympathisers, voters in it but has always compromised for the sake of others.

The entry of Reitesh and Roy was considered as a move by their father to facilitate his entry into the saffron party. BJP’s closeness to Ravi Naik was on the display when senior party leaders including CM went to meet him when he was admitted to Manipal Hospital, Dona Paula due to minor brain stroke.

Previous articleBuyao demands immediate dissolution of Fatorda Congress Block for electoral rout
Next articleBJP is trying to satisfy Congress leader’s wish to get his son on the throne: Dr Ketan Bhatikar