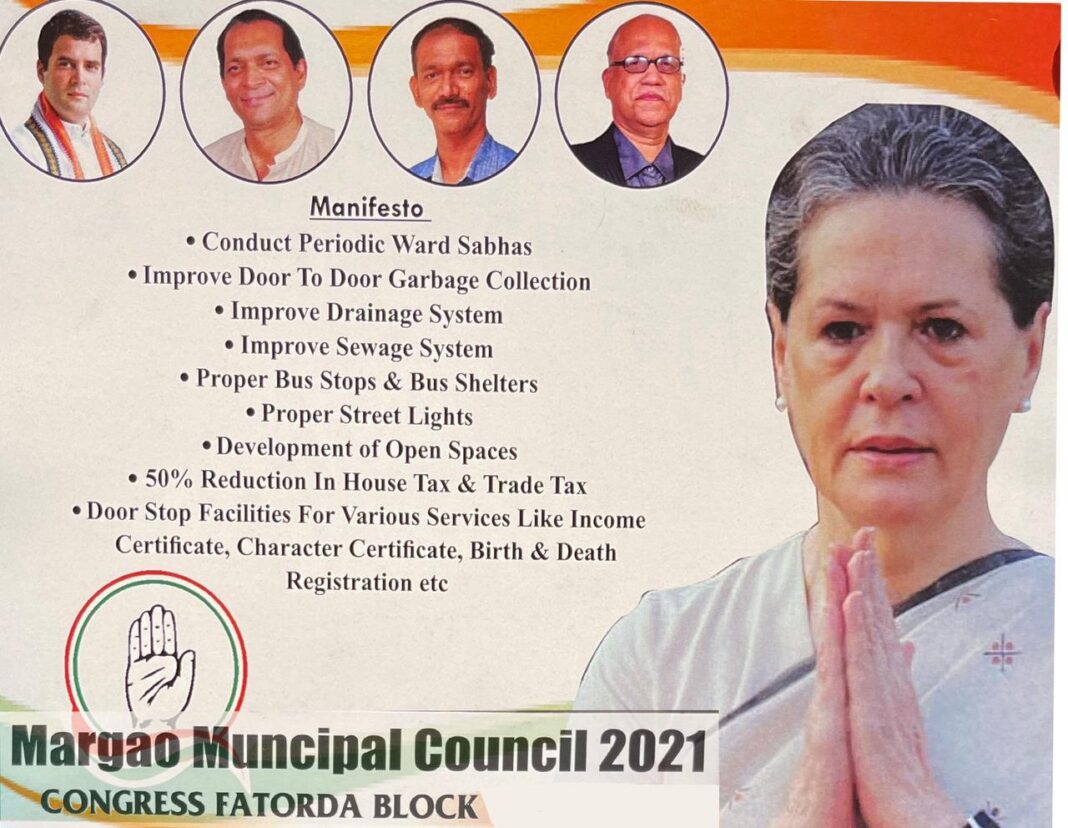 Fatorda: Close on the heels of revelations how AAP was instrumental in defeating 2 candidates of the Goa Forward Party backed Fatorda Forward panel in the just concluded MMC polls, the charge of the Congress in Fatorda acting as a proxy for the ruling BJP has started to emerge with Sr.Congressman & AICC member Sidhanath Buyao tweeting “ Candidates fielded by one egoistic 3 month old NGO turned Congressman even defying Digambar Kamat , the CLP leader only because he is against Vijai Sardesai. Girish Chodankar should dissolve the Fatorda block without any further delay, you have seen Unity can defeat BJP”.

Six candidates fielded by the Fatorda Block Committee could only secure a meagre 342 votes in all , making a mockery of the very existence of the party in Fatorda. This panel which was endorsed by the South Goa MP Francisco Sardinha could not have a single candidate reaching three digit votes with the Block President Yogesh Nagvenkar top scoring with only 75 votes.

It now remains to be seen how the M.P reacts to this colossal rout of the party and the action the Grand Old Party of Indian politics takes in the matter. When attempts were made to contact the M.P his phone was not reachable.

Previous articleLockdown: What is allowed, what is not. Read the following
Next articlePonda city fathers play `Power Politics’ as Goa reels under deadly pandemic