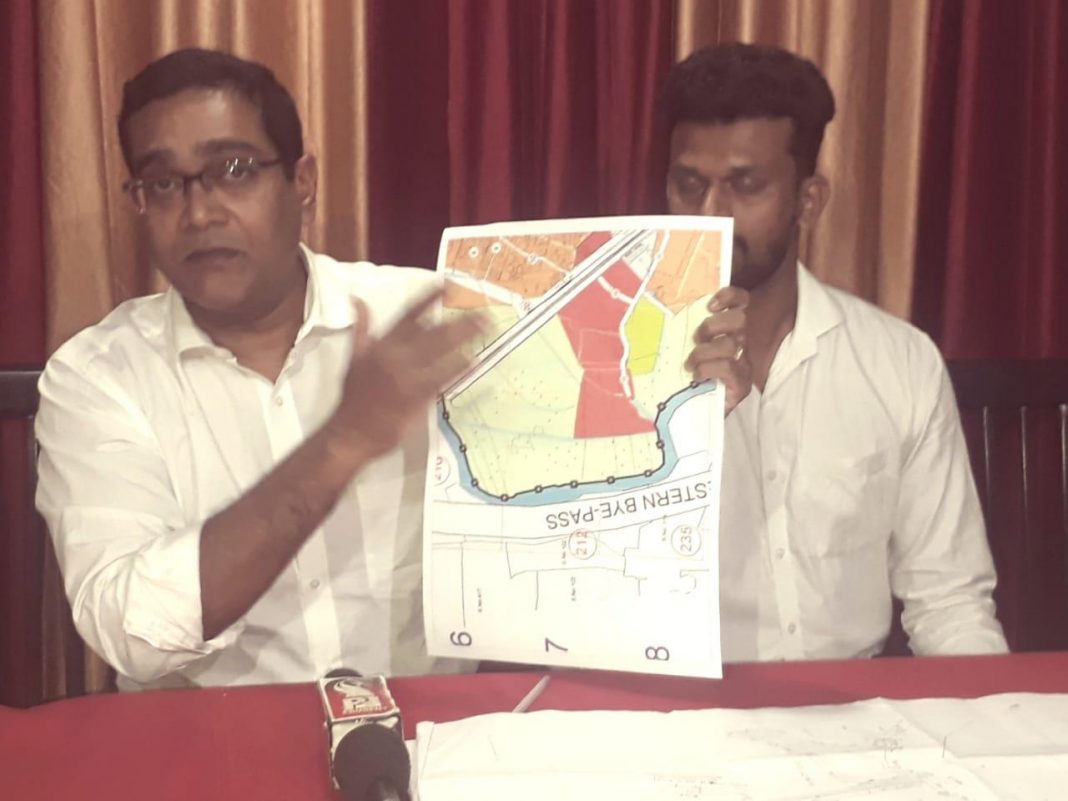 Panaji: Advocate Rajiv Gomes has filed a complaint with the government agencies against the management of Vidya Vikas Mandal Society (VVMS), Comba-Margao for undertaking illegal land filling in CRZ area by fraudulently obtaining development permission from the Town and Country Planning department (TCP).

The complaint filed before South Goa Collector, GCZMA, SGPDA, Margao Municipal Council, Crime Branch, Forest department and Margao police, the complainant has sought action against the VVMS for commission of offences punishable under Section 417, 420, 120-B of IPC, Section 15 of the Environment (protection) Act, 1986 and Section 51 of the Goaa, Daman and Diu TCP Act 1974.

Gomes has alleged that the accuse fraudulently obtained development permission from TCP  wherein it had stated River Sal as Nalla in the application, thereby misguiding the department. He said that the management of VVMS submitted a false plan to TCP.

Gomes alleged that under the guise of the illegally obtained permission, the management of VVMS are carrying out illegal land filling and construction of a laterite wall in the CRZ area of River Sal.