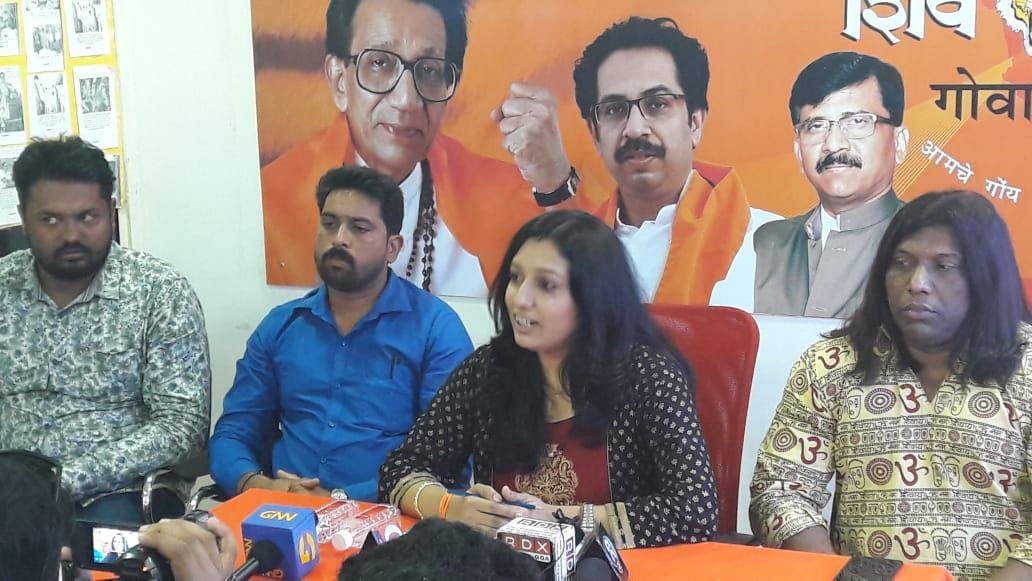 Panaji: Shiv Sena is the latest in the line to announce their intentions to contest upcoming by-election from Shiroda and Mandrem Assembly constituencies.

Sena’s Goa Spokesman Rakhi Prabhudesai Naik said that the party has sizeable vote base in both the constituencies which will help them open their account in Goa Legislative Assembly.

“People have seen how all the political parties have failed to meet their expectations. The voters are disillusioned and are looking at an alternative which will not let them down,” she said.

Naik said that Sena’s credibility across the country is that of a party which thinks about the locals as a priority over anything other.

She said that the party led by Jitesh Kamat has already began campaning in Mandrem constituency while that in Shiroda would be launched during coming week.

Naik said the party has shortlisted some candidates whose list will be sent to the leaders in Mumbai for final choice.

“We are taking this by-election very seriously. During last few years, Sena under the leadership of Kamat has made a mark. People have seen that we have become a formidable opposition as Congress stands divided,” she said.