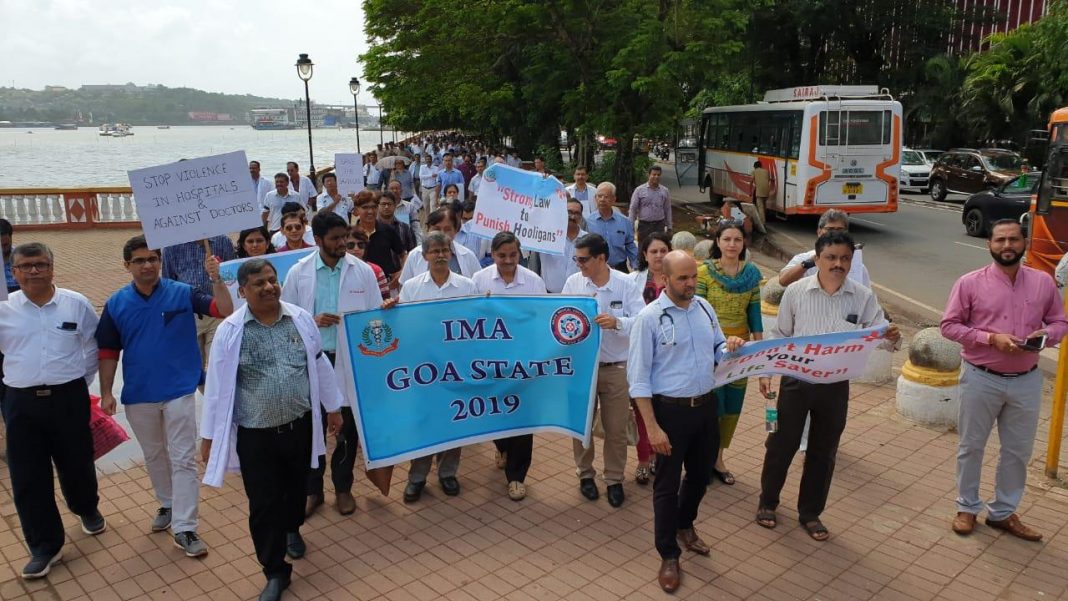 IMA has said that the non-essential services across the state including state run colleges were shut down while essential ones were left untouched during the strike on Monday.

Senior doctor and former chief of IMA Goa Shekhar Salkar demanded that the armed security should be posted outside all the casualties in government run institutions while private hospitals should also take care of their doctors protecting them from unwarranted attacks.

He said that the strike on Monday was called to express solidarity towards the doctors who were attacked on West Bengal.

About Goa, he said, there were very few instances in the past where doctors were attacked by members of patient’s family.

“But the culprits were booked and punished. We are thankful for former CM late Manohar Parrikar during whose tenure, there was attack on doctor and he went on to issue even look out notice against the accused who had fled abroad,” Salkar said.

The doctors on Monday staged silent protest starting from Azad Maidan in the city to Entertainment Society of Goa circle.

Salkar said that doctors with proper and secured frame of mind can provide better treatment to the patients.

He said that though there are no noticeable incidents of violence against doctors in Goa, the local branch of IMA will be submitting memorandum to chief minister Pramod Sawant.