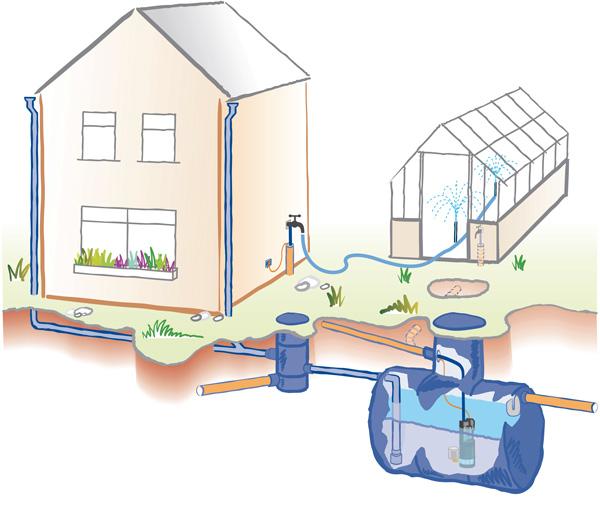 Conservationists have welcomed Goa Chief Minister Pramod Sawant’s commitment towards rainwater harvesting, and suggested that the state government should draw a comprehensive plan to rejuvenate the groundwater table.

At the NITI Ayog’s meeting in New Delhi on Saturday, Sawant said his government would take steps to ensure proper rainwater harvesting to overcome scarcity in the state.

Environmentalist Rajendra Kerkar said rainwater harvesting should be made mandatory for all industrial units so that they can use it for their own requirements rather than relying on the government.

The Goa-based conservationist appreciated Sawant for laying stress on rainwater harvesting at a time when “the state might face water crisis, if Karnataka diverts water from the Mahadayi river”.

Karnataka and Goa, the riparian states of Mahadayi (known as Mandovi in Goa), have been locked in a bitter battle over the sharing of water of the river, which originates at Belagavi in Karnataka.

Kerkar said the state government should formulate a comprehensive action plan to conserve the existing lakes and wells in the state.

Environmentalist Sachin Tendulkar, who works for Mineral Foundation of Goa, a non-profit organisation, said the focus should be on rainwater recharge in higher reaches and foothills of the state through micro watershed-based approach.

“A 15-year perspective plan pegged at Rs 150 crore is lying in cold storage with the agriculture department. Former chief minister Manohar Parrikar made a mention of it in the budget speech in 2011. It can be revived and it can also provide jobs under the Mahatma Gandhi National Rural Employment Guarantee Act (MGNREGA),” he said.