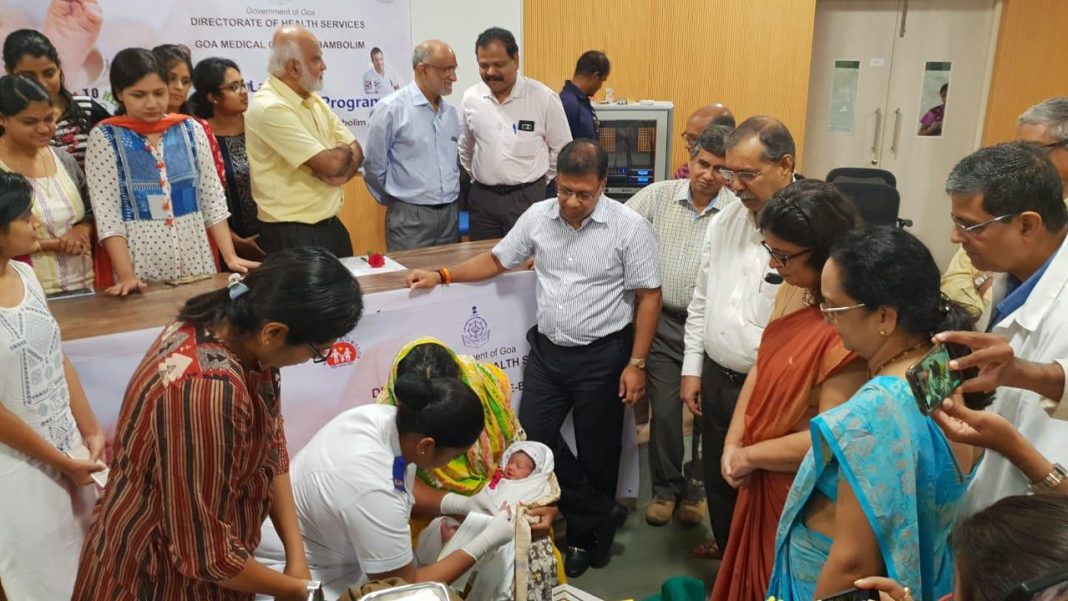 Panaji: After a gap of six years, the Newborn Screening programme under which the babies born at various governments run hospitals in the State will be screened for up to 50 metabolic disorders.

“Newborn baby screening is our flag ship programme and we will see that we run it properly. This is an important programme and this will benefit new born babies. Saving life of a new born was a big responsibility as the State was concerned. Quality health care was very important and Goa was the first State to initiate the programme forward,” Health Minister Vishwajit Rane said.

He further said that this screening programme will be available at all government hospitals where there are deliveries taking place and I urge people to come and avail this facility even if their baby is born in another private hospital.