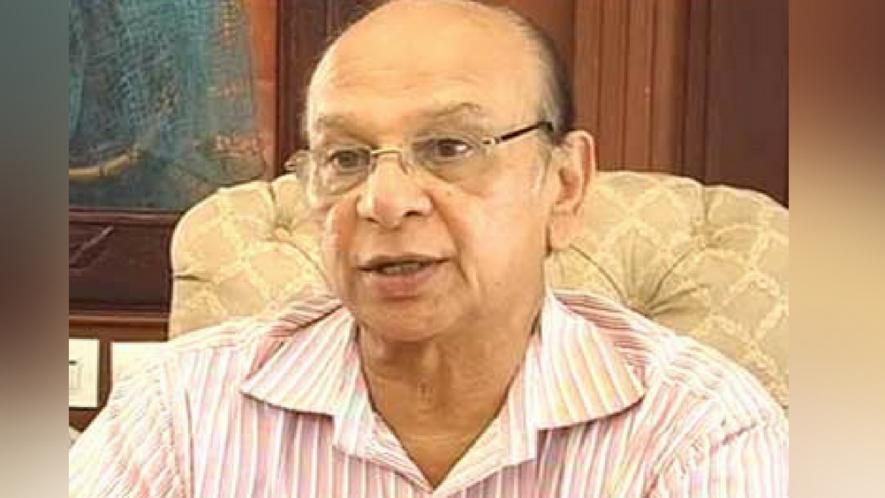 Panaji: Senior Congress leader Pratapsinh Rane’s statement terming Goan disapora as ‘toilet cleaners’ has not gone well even with his own party. GPCC President Girish Chodankar has distanced himself from the statement. This is what he has said in his FB post:

The Congress Party distanced itself from Mr Pratapsing Rane’s reference to Goans working in the UK. To speak disrespectful about any profession or person is fundamentally against the philosophy and the idea of Congress and therefore the statement was unnecessary and incorrect. The Congress Party leaves it to Mr Rane’s wisdom either to withdraw his statement or explain it to the satisfaction of the Goan Diaspora. He is wise & experienced enough to react appropriately his intentions.

Goa has a long history of migration. Goans have enriched every country to which they migrated. Many of them have and continue to hold high posts in Civil, Corporate, Government including Military and Education and Research establishments in many Countries. Some have adorned echolens of Democratic, Social, Medical and Banking and Scientific establishments. Some have become Senators and Legislators. They have enriched the Countries they work in. They have enriched our Country as well through valuable foreign exchange remittances. Today’s Goa is a gift of present and past Goans who have and continue to slog here and abroad. We do not belittle their sacrifices nor their sweat and blood.

We believe in dignity of labor and consider work as worship. No work is shameful or that can be humiliating. GPCC appeals Goans to work unitedly to fight the devil of unemployment and loss of livelihood let lose by the BJP led Government. Mining ban, Promotion of casinos, drugs, Formalin and a host of other vices are driving Goans towards frustration. Our lands are being sold to land sharks and real estate moguls. No scheme of employment generation is in the offing. This is leading to migration. Let’s fight this multiheaded hydra ruling us in the name of BJP and their allies.

The very reason for the existence of the Congress Party is to tirelessly struggle to bring equal dignity and opportunity to every human being.
Every Goan irrespective whether living in Goa or abroad has every Right & freedom either to support or oppose mining and congress party respects the same. I sincerely apologies for the hurt we caused to our dear Goans.