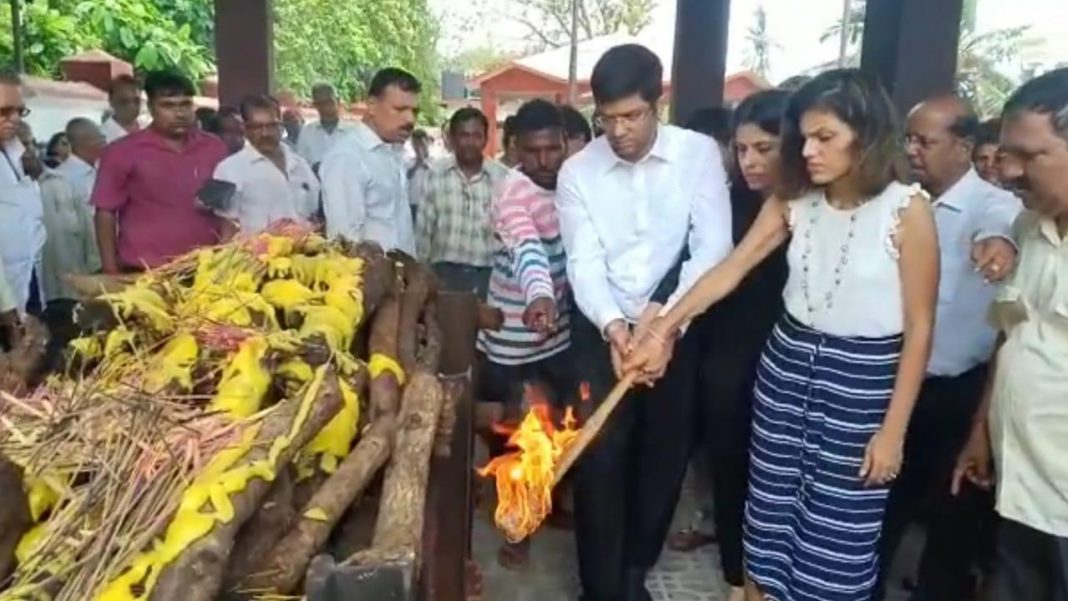 Vasco: The final rites on Goa’s former minister Wilfred Mesquita were performed in the Hindu way at Vasco.

The moral remains of the former minister were cremated in the town of Vasco in Hindu Crematorium this morning. “That was his last wish. He always wanted that the final rites should be conducted through Hindu rituals,” one of his family member said.

Mesquita, 70, had passed away on Monday night in a hospital at Mumbai after brief illness.

Before bringing the mortal remains to crematorium, they were taken to the Church in Vasco where Holy Mass was performed.

His son and daughter lit the funeral pyre in presence of several hundred people which also included Christian priests.

Born at Divar in North Goa district on April 14, 1949, Mesquita graduated from the Goa Medical College in 1970s. He later did specialisation in medicine from a college in Mumbai before taking the plunge into politics.

During his decades long political career, he had a stint in various parties in the coastal state. He was the founder vice president of the then ruling Maharashtrawadi Gomantak Party (youth wing) in 1974.

He served as the cabinet minister in late 1990s in the then Congress-led state government and held various portfolios like revenue, environment, sports and youth affairs, power, law and judiciary and legislative affairs.

He was the leader of the Goa BJP since 2007 and served as the party’s vice president and spokesman. He was also former chairman of the state forest corporation.