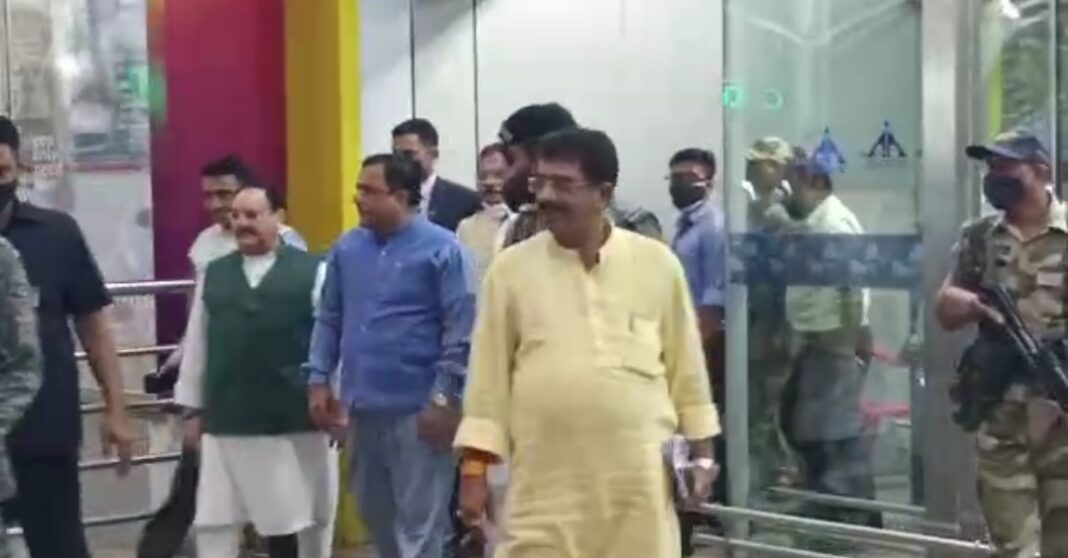 Nadda was given a warm welcome at Dabolim Airport by BJP workers, after which he travelled to Panaji.

The BJP National President later addressed medical professionals in Panaji. The event was organised by State medical cell of BJP.

Nadda would be addressing public meetings at Sattari and Bicholim on Thursday.

He will wind up his two day long trip to the coastal state on Thursday.

Previous article22 New infections, none died due to covid-19 in Goa on Wednesday
Next articleDentists protest in Goa at BJP President J P Nadda’s event