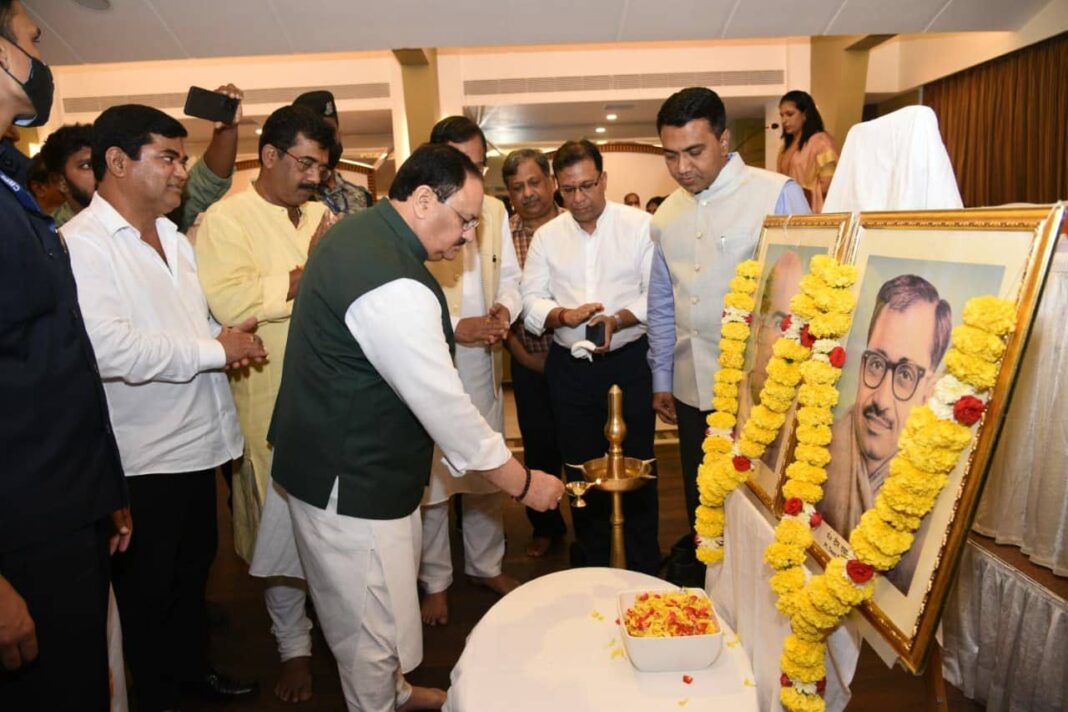 Panaji: The interaction of medical professionals with BJP National President J P Nadda was marred with protests on Wednesday evening in Goa.

A group of dentists from Indian Dental Association participated in the interaction wearing black arm bands protesting against the recent hike in the bio-medical waste handling by the state government.

The event was organised last evening by BJP’s State Medical Cell which was also attended by Chief Minister Pramod Sawant.

Eye witnesses revealed that the doctors, during question answer session, pointed out to the hike in bio medical waste handling by the state government.

Talking to reporters after the protest, Dr Anil D’Silva, member of Indian Dental Association, said that dentists have been illogically placed in the category of doctors who produces heavy bio medical  waste.

He pointed out that a new private contractor from Delhi has been hired to collect bio medical waste who has categorized dentists in higher category due to which there is heavy increase in the fees.

Reacting to the protests, the chief minister told reporters that the dentists have met him in the past and their demand is under consideration.

“There was no need to protest during such a function as it is state subject and I had answered properly to their questions,” he said.

Sawant said that some doctors who were “politically motivated” were creating scene at the function in presence of the National President.

Chief Minister’s Office last night issued clarification on the incident. CMO wrote “With respect to today’s incident during the doctors interaction at Hotel Fidalgo, the CM assures to positively resolve the issues raised by the aggrieved, unfortunately for reasons unknown , the protest began after the assurance was given.”