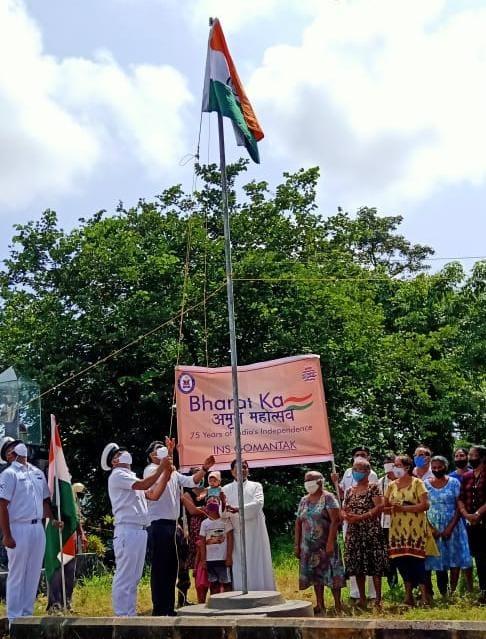 Panaji: After controversy over St Jacinto Islanders in Goa refusing to allow the Indian Navy to hoist the flag as a part of ‘Azadi ka Amrit Mahotsav’, the naval authorities and the locals finally unfurled the tri-colour at the Island on Saturday.

Indian navy spokesman said that there was a “slight misunderstanding” on August 13, which was cleared.

“After a slight misunderstanding yesterday (13 Aug 21), a team from Goa Naval Area and residents amicably participated in National Flag hoisting at St Jacinto Island,” reads the statement released here by the naval spokesman.

“The flag hoisting was done at about 1445 hrs on 14 Aug 21. The residents also sang the National Anthem along with the Naval Team during the event,” he said.

The Islanders on Friday had refused to allow the Indian navy to hoist the flag as a part of ‘Azadi ka Amrit Mahotsav’ event.

Chief Minister Pramod Sawant on Saturday had said that the flag would be hoisted at the Island at any cost.