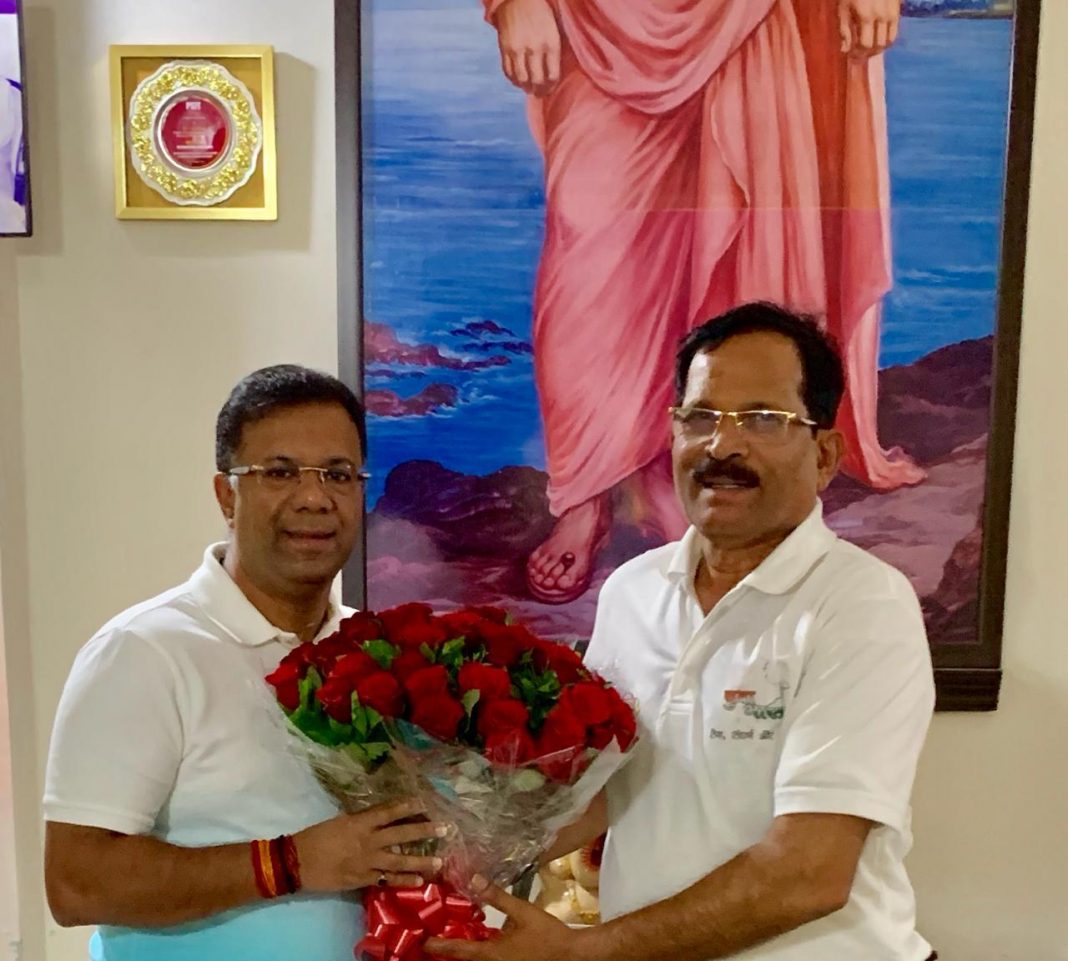 Rane was in Delhi to participate in the swearing in ceremony which saw Prime Minister Narendra Modi starting his second inning after the Lok Sabha election.

“I met Shripad Naik in Delhi today morning and wished him over his induction. It is a proud moment for the State of Goa,” he said.

“He is a very humble person. Through him, Goa and the country will progress. We are looking at a great inning of his during next five years, which will take country to a greater height under the leadership of Narendra Modi,”he added.