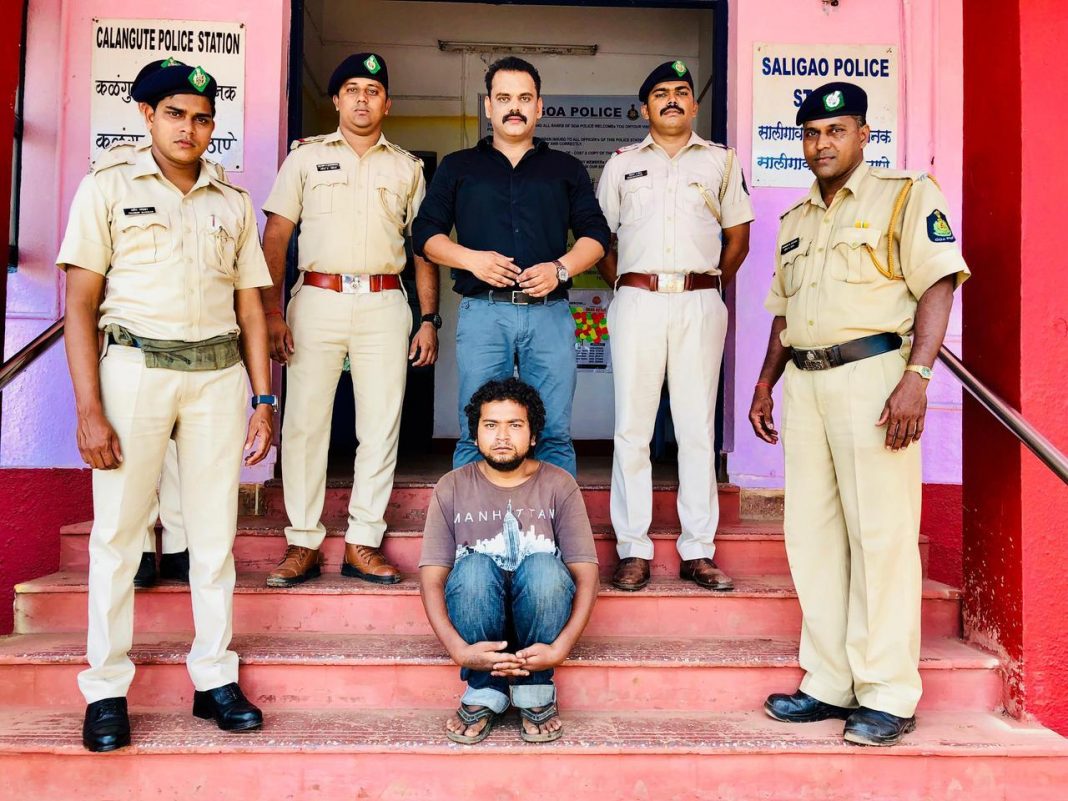 PI Jivba Dalvi informed that reliable information was received regarding the accused person coming at Nr. Anthony Chapel, Gaurawado, Calangute along with some drugs for delivery to prospective customers.

Accordingly a team was formed and the police waited at Gaurawado, Calangute in civil clothes. Upon seeing the accused coming at the spot the police immediately rounded him up and detained him at the spot.

During the personal search the he was found in possession of and Charas worth Rs. 1,00,000/- in international market and Cocaine worth Rs. 30,000/-.

The accused was brought at police station and placed under arrest. An offence under section 20(b)(ii)(A) and 21(a) of NDPS Act, 1985 has been registered.