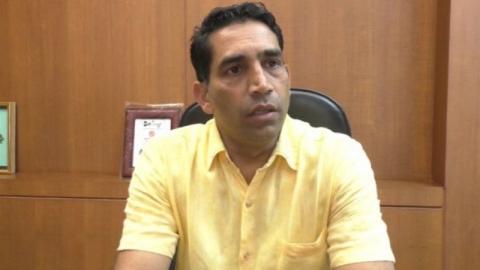 Panaji: Art and Culture Minister Govind Gawade on Tuesday was admitted to Goa Medical College and Hospital near here after he complained of a pain in abdomen, a senior official said.

Gawade who was brought for checking at GMCH was admitted in a ward and was under observation, GMCH Dean Dr Shivanand Bandekar said.

He said that the minister will be kept admitted tonight, before taking the call on his discharge on Wednesday.