Government is in love with Salcette and South Goa: Vijai Sardesai 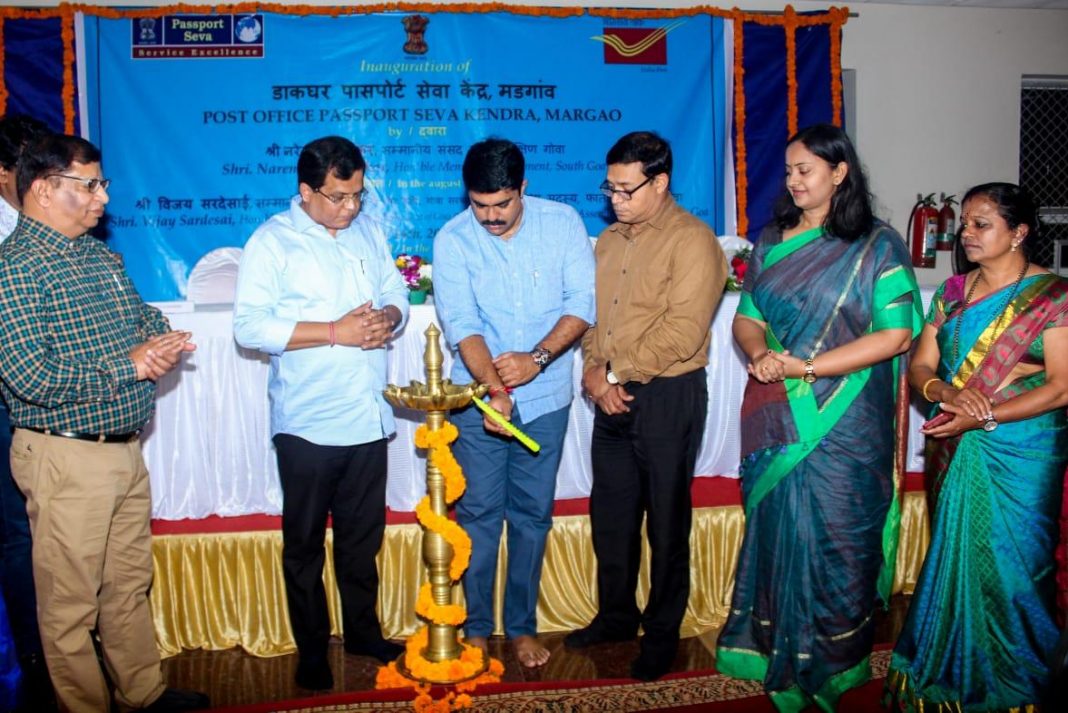 He was addressing the gathering after inaugurating Post Office Passport Seva Kendra in Margao in presence of South Goa Member of Parliament Narendra Sawaikar.

“Today is a valentines’s Day. The Day when we express our love. I would like to inform you all that the government is in love with Salcette and South Goa. Salcette is heart of Goa. the maximum passport related work is from Salcette,” Sardesai said.

Referring to his earlier stint in Opposition Benches, Sardesai said that when he was in the opposition, he has been always highlighting the injustice meted out to Salcette.

“When I was in ppposition I was saying that the salcette was meeting with injustice. And if government feels that injustice should not be done they, should have facilities like passport office or FDA office here,” he said.

Sardesai lauded South Goa Collector of his style of functioning. “When current collector was passport officer thre. He was giving super service. I had even moved congratulatory motion on him. I had said if other government departments were working as quick as passport office then Goa would have had Ram Rajya,” he recalled.

He appealed South Goa MP to lobby in centre to bring back ECNR facility back in Goa.

“ECNR has been removed for Goa. we have to travel to Mumbai. Sawaikar should take up this issue and bring back ECNR. It was earlier in Goa,” he said.

Claiming that passport office was a dream of CM Manohar Parrikar, Sardesai said the inauguration of passprot ofice has been postponed for almost a year. “Chief minister Manohar Parrikar was interested in setting up the office in Margao. It was also a part of our common minimum program. it was his dream to inaugurate it,” he added.

Clarifying on the probable criticism over setting up of passport office, Sardesai said the aim of traveller is that his passport should run out of pages.

“He should travel so much. The person who have seen the world becomes broad minded. This facility for broadminded people. This is not to promote migration or exodus. We want people to see the world,” Sardesai said.

“We are fulfilling one by one assurances given while forming the government. except Western By pass we have fulfilled all,” he said.

Previous articleVishnu Wagh’s family  claims they were in dark over his death
Next articleGoa lost iconic leader, Francis D’Souza passed away