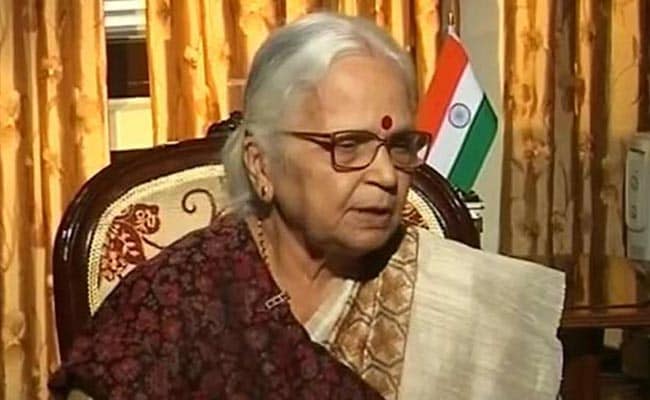 Panaji: The Governor Smt. Mridula Sinhain a message addressed to Archbishop of Goa,  Rev. Fr. Filipe Neri  Ferrao has said that she is extremely shocked and saddened by the heinous and despicable act of terror  that took place in Sri Lanka on the holiest day of Easter, which included suicide attacks in Churches and luxury hotels.

In her message, the Governor said “It is heart rending to know that around 215 people including 3 Indians were killed and around 500 were left injured. In the otherwise peaceful island of Srilanka, this is the deadliest attack on mankind in the last decade”.

The Governor added, “on behalf of all the people of Goa, I along with Dr. Ram Kripal Sinha condemn this act of barbarism in strongest possible terms. All our solidarity goes with people of Sri Lanka and our prayers and thoughts go out to the victims of the attack. It is really shocking that the people who had gathered to pray on the eve of Easter which is believed to be a day of resurrection of Jesus were made deliberate targets of attack. Such act of violence, bigotry and pogrom has no place in any religion and ideology. There must be zero tolerance for those who use terror to advance their objectives. War against terror must be the top most priority for all of us”.

The Governor further said, “Goa has a large percentage of Christian population. Traditionally, people belonging to all religions live here in complete harmony with each other. It has a tradition of shared faith, belief and practices. People of one religion follow the beliefs and practices of other religion. Easter in Goa is not only celebrated by one community but by all with lot of enthusiasm and gaity. Raj Bhavan also celebrates Easter every year in its historic chapel. People of all religion come here and attend the midnight Mass in large numbers. While all of us were celebrating Easter in great zeal, Sri Lanka was struck by this cruel violence. I always say that violence committed in the name of religion is a sin on humanity. No religion has ever preached violence. Tolerance, peace and harmony are the basis of all religion”.

The Governor appealed to all, “Let us all pledge together that we will not let terror and barbarity defeat humanity. We all Goans stand together with the family members of these who lost their lives in this terror attack. May their souls rest in peace”.

Previous articlePower shut down
Next articleNotification for Panaji by-elections issued, polls on May 19