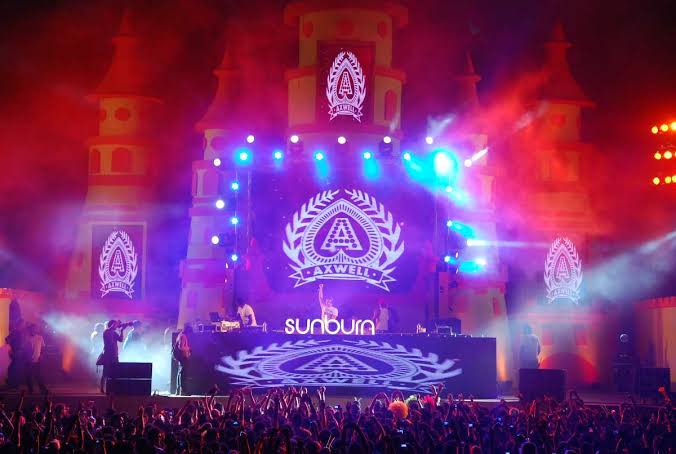 Our Tourism Minister, Babu Azgaonkar who was also seen enjoying and dancing at the Sunburn Festival has been giving templated answers to these deaths. Let’s face it, the three have died on our soil and someone will have to own it that there were some major loopholes while allowing such events or nefarious activities to take place. No one can be in denial.

With three deaths, the most talked-about annual Sunburn Electronic Dance Music festival comes to an end.

The youngsters thronging to our state for Sunburn music festival has now become a thing for the young crowd across the country. The state as ours has a reputation of a tourist destination and for worse, this is now becoming a headache more than anything for a regular Goans trying to live their lives peacefully.

Last few years for localites, tourism is turning into a curse than boon. For those of you who have travelled to the other states or countries, one would agree that each place has its own rules to follow. A newcomer entering into the foreign territory needs to abide by certain rules but in Goa, tourists can enjoy on their freewill. Run naked or booze on the streets, walk intoxicated and there are very little repercussions. Believe it or not, this is the reality. Most of the Goans living on the coastal belt would know the menace tourists create.

SUNBURN KILLED 3, WHO IS RESPONSIBLE?

Now, while the talk of the town says it was reportedly drug overdose that killed these three youngsters, the police investigation is taking longer than usual to ascertain the cause. Linking to these cases are the seizures of the large quantity of drugs- including the high-end ones. Those arrested are often the smaller drug peddlers while the actual kingpin is always at-large. The conundrum is not so complicated to understand too.

Our Tourism Minister, Babu Azgaonkar who was also seen enjoying and dancing at the Sunburn Festival has been giving templated answers to these deaths. Let’s face it, the three have died on our soil and someone will have to own it that there were some major loopholes while allowing such events or nefarious activities to take place. No one can be in denial.

The moment one steps out of the flight to Goa, one is often greeted with Casino advertisements. More than drawing tourists to our heritage sites, Goa has become a destination of gambling in Casinos, masseurs inviting tourists for massage on the beaches, the stealthy escort services and some illegal activities including drugs. This is the underbelly of Goa’s tourism sector. The open secret is known to all, including those in the power.

Our state is just 3702 Kms. The population is estimated at 16 lakhs, the annual turnover of tourists is over 50 lakhs. Does this calculation even make it to the logical reasoning of how we over-burden our land? Does Goa have the necessary infrastructure to accommodate these many people? Despite the influx of so many tourists, the industry that was once striving with profit margin has seen the downgrade over the years. Goa has been losing quality tourists year after year yet there has been no policy that defines how we can convert the tourism into a profit-making entity. There is no limit on how many tourists can enter. There is no on-paper documentation of those entering the borders. There is no system of who can run the businesses on the coastal belts. There are practically no rules for anyone to follow!

Every year the night of December 31st becomes a nightmare for localities. Neither there is any assessment of the visitors nor stringent rules that ensures there will be no traffic violations, no drunk driving on the road or no traffic violations. Let’s face it, it does happen and happens every year.

Fact is, if this goes on, we will not only keep losing the reputation of a tourist destination but in the process lose our own to drugs, cheap liquor and rising crime rates in Goa and yes, the influx of tourists and migrant population has the connection to it all.