Goa to have Centre of Excellence for promoting organic farming: Vijai Sardesai 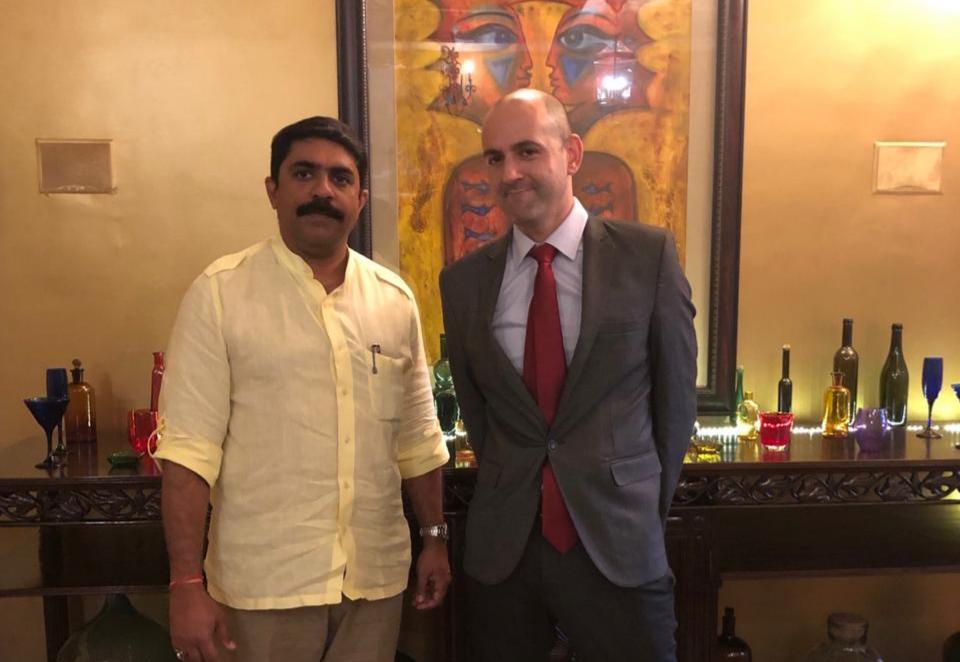 Panaji: Taking ahead the discussions that he had during his Israel visit, Goa’s Deputy Chief Minister Vijai Sardesai has said that the stress would be given for creating Centre of Excellence for promoting organic farming with innovative technology from Israel.

Deputy Chief of Mission of Israel Consulate in Mumbai Nimrod Kalmar Sardesai at Fatorda on Thursday and held discussion on wide ranging of issues.

“Centre of Excellence for promoting organic farming with innovative Israeli technology would be set up in Goa soon,” Sardesai said.

He said that Israel has brought out innovative technology to repair the world. “The Centre of Excellence would be set up in the State. The whole idea is that seeing is believing,” Sardesai said.

The Deputy Chief minister said that the farmers would be introduced to the new technology through Centre of Excellence, which they can replicate in their farms.

Sardesai said that during the meeting on Thursday both of them also discussed “wide ranging discussion.”

“Had wide ranging discussions when Deputy Chief of Mission of Israel in Mumbai Nimrod Kalmar called me called on me at Fatorda. Government of India already implemented centres of excellence for bringing innovation in agriculture to benefit farmers. Same will be done in Goa soon,” Sardesai tweeted, after the meeting.

The Deputy chief minister had recently visited Israel along with two other ministers – Vinod Palyekar and Jayesh Salgaonkar – both belonging to his Goa Forward Party and had held discussion on various authorities on issues like Agriculture, Water Resources and Rural Development.

After the meeting on Thursday, Kalmar tweeted “had an interesting chat with Goa Deputy Chief Minister Vijai Sardesai on Goa’s rich past, impressive present and ambitious future. Sardesai shared that Goans have always been proud of their multi-cultural, dynamic and creative spirit. Goa’s growing progress should bring even more pride.”