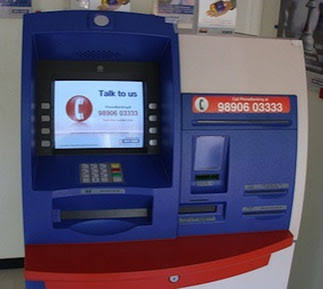 Panaji: The representatives of various banks have told Goa government that there is enough cash in the state to suffice for next six months, a senior official said.

State Finance department on Wednesday called for a meeting of bankers to discuss the position of liquid cash in the state.

As per the minutes of meeting reads that Reserve Bank of India and other bankers clarified that there is sufficient cash required for the next six months.

It was also told by the bankers that more than 85 per cent of existing ATM’sare functional and adequate cash liquidity is maintained .

“State Bank of India has started operation of one mobile ATM. SBI was requested to introduce one more mobile ATM within a week’s time,” the minutes read.

“Three banks namely HDFC, Canara Bank and Bank of India need to get their ATM cash replenished from outside Goa. The source of this cash is Sawantwadi, Maharashtra,” the bankers told the state government.

The Collector North has been requested to tie up with Sindhudurg Collector and facilitate the movement of cash replacement agency (CRA).

The meeting also discussed the possibility of crowding at the banks and ATMs due to various transfers by Government of India and State government to the beneficiaries.

The meeting resolved that there is fairly good presence of bank branches and ATMs across the state.

The public sector and private sector banks were directed to open all their branches in the state.

Previous articleAll the 48 samples sent for testing at NIV, Pune are negative: Vishwajit Rane
Next articleTwo out of five positive patients are now negative, tests to be repeated tomorrow