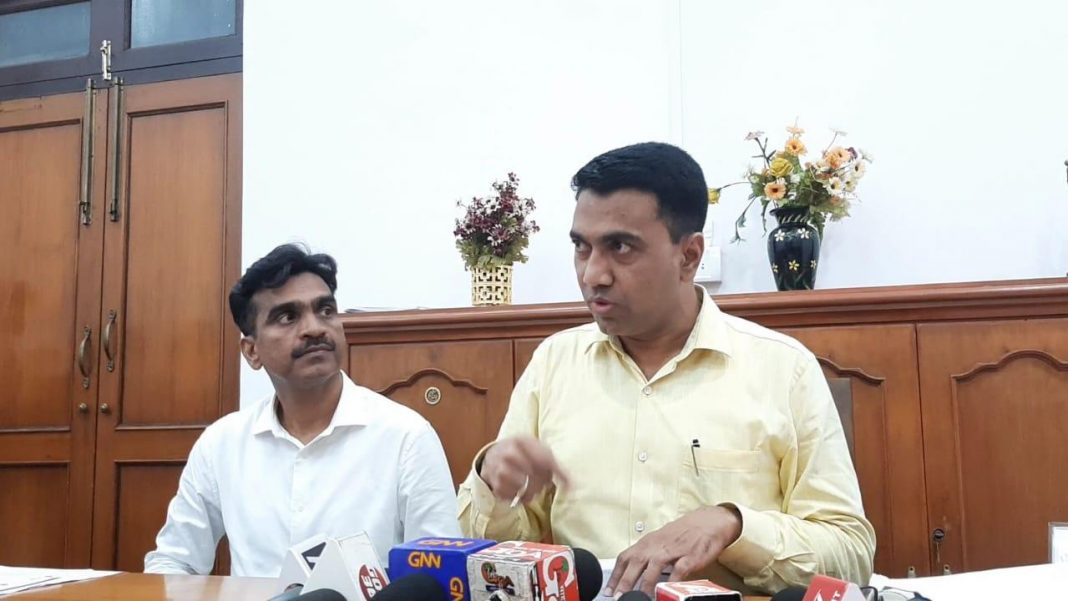 The Union minister for Environment, Forests and Climate Change had tweeted this week announcing that the EC has been granted to Karnataka for Kalsa-Bhanduri project.

“I request you to direct ministry of environment, forest and climate change to immediately withdraw the letter on October 17, 2019,” Sawant said referring to the letter which has given EC for the controversial project on Mahadayi river.

“It seems vide letter on October 17, 2019, the ministry of environment, forests and climate change has conveyed to the State of Karnataka that the Kalsa-Bhanduri project being a drinking water project does not need environmental clearance,” the chief minister has said in the letter.

“It is not understood on what basis the ministry reached to the conclusion, that the said project is purely a drinking water project. The pleadings of the state of Karnatakaand also the evidence produced by their witnesses before the Mahadayi Water Dispute Tribunal, clearly indicate that one of the purpose of this project is to augment irrigation in the Malaprabha project command,” the letter reads.

Sawant has also urged the minister to send the team of officials to visit the site along with the representatives of basin states to inspect and get a first hand information of the action of State of Karnataka of actually diverting waters of Mahadayi basin to Malaprabha basin in contravention of even the directions of the tribunal.

“I also request you to direct the ministry to not entertain any further request from the state of Karnataka for any kind of clearance for a project in the Mahadayi basin, whether the environmental clearance, forest clearance, wild life clearance etc till the disputes are finally resolved by the Apex court, the clarifications as sought are given by the Tribunal and the Award is notified by Union government and made operative,” the letter reads.

Javdekar had on Wednesday took on tweeter to announce grant of EC for the project.

“On the follow up with my cabinet colleague @JoshiPralhad (Union Mines Minister), Kalasa Banduri drinking water project in Karnataka has been granted environmental approval,”he had tweeted.

Both Goa and Karnataka have filed petitions in Supreme Court challenging the tribunal award.