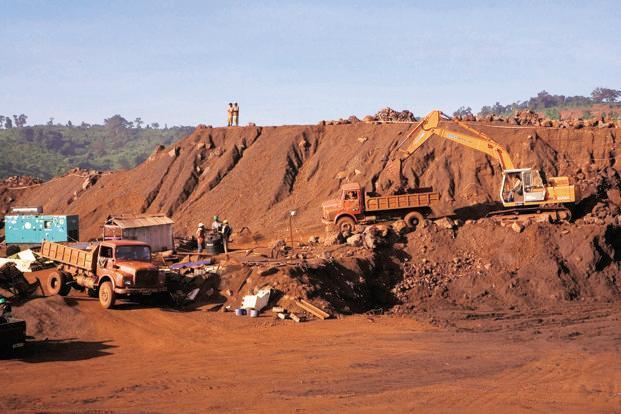 Panaji: Goa Mining People’s Front on Wednesday appealed the central government to consider all the possible routes for sustainable and immediate resumption of Iron Ore mining operations in the coastal state.
The GMPF’s reaction comes a day after Chief Minister Pramod Sawant told reporters in Panaji that the state government is considering ‘auctioning’ as one of the way to resume the mining in the state.
GMPF President Puti Gaonkar, in a statement released here on Wednesday, said that State Mines Minister  in a media  interview said that the Centre is keen on finding solution to Goa mining issues.
Chief Minister Pramod Sawant is also holding the portfolio of mines in the state cabinet.
“We welcome the initiatives being taken by the Centre on the Goa mining issue and appeal them to find us a solution as soon as possible,” Gaonkar said.
He said that the front appeals the central government to consider all possible routes for sustainable and immediate resumption of Iron Ore mining operations in the state.
“There is an urgent need for recommencing mining in the state to restore economic stability and provide sustainable , self-reliant source of livelihood to the people of Goa,” he added. “State is currently surviving on loans which is a burden for the future decades to come,”he said.
Gaonkar said that by various estimates, the state of Goa has faced a loss of around Rs. 7000 crores in the last two years due to the halting of mining activities in the state.
“Goa had one of the highest unemployment rate in the country before the pandemic and now the figures have increased multi-fold due to the crises in tourism sector,” Gaonkar poined out.
“If mining is not resumed immediately, it will be difficult for the state to get on track with the state revenue dipping and recover from the acute unemployment crises. In the wake of this unparalleled crisis witnessed by the people of Goa, the above Amendment is sought from the union Govt, to recommence mining with immediate effect,” he said.
- Advertisement -