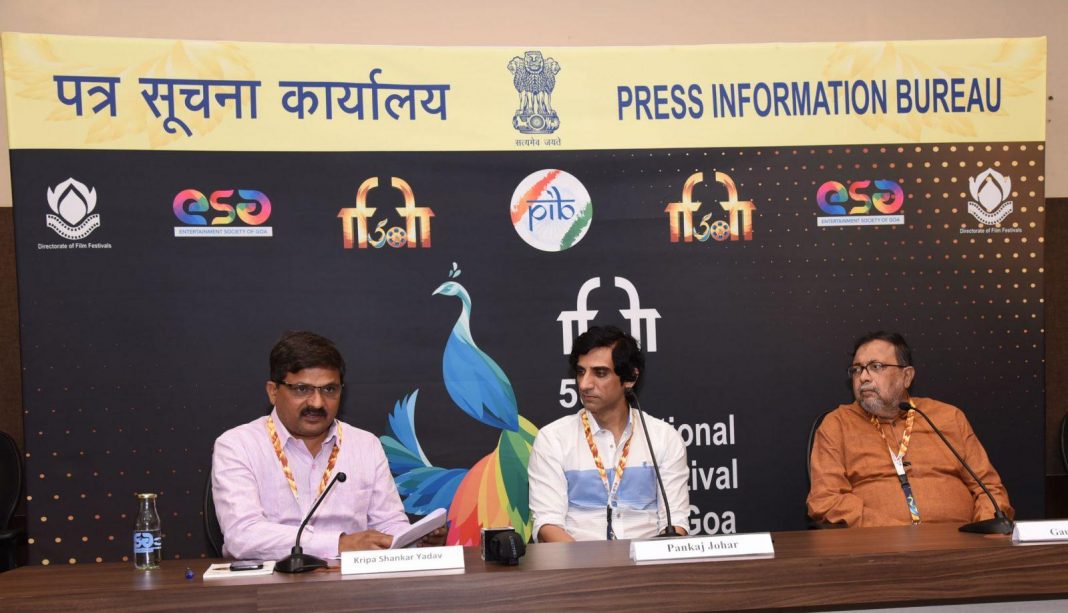 Gautam Halder, a National award winning Bengali director, spoke about his film Nirban that deals with rising above petty prejudices and finding nirvana at a Press conference held on the last day of IFFI 2019 at Panaji Goa, “In today’s era of globalization inferior beliefs have created a dark abyss, greed for power and violence. Astonishingly the ways to overcome is simply hidden in the conscience. Hence we must extend our observation to the environment around”, he said.

On the response to his film at IFFI, Halder said that “I didn’t expect such a great response here. I interacted with few Bengalis and other international directors and it has been great experience. It’s been amazing and I’m grateful to the organisers for selecting the film.”

He said that if documentaries are shown a across Indian villages, it’ll help build film culture. He added, “It’s not very expensive and we should think about it. There should be a basic film making workshop as it’ll generate interest.” Movie is made in Bengali and Hindi.

Talking about his non-feature film Satyarathi, based on the Nobel Peace Prize winner Kailash Satyarthi who is one of India’s noted crusaders against child trafficking director Pankaj Johar said, “I know Mr. Satyarthi even before he received the Nobel Prize. I was researching on some other film but happened to discuss about his documentary on child labour.” The movie is commissioned by Films Division.

“It is the journey of Mr. Satyarthi and how he rescues the children in the film,” said Johar in the press conference.

“I also took help from his own organisation. Children who are put into labour are mostly from Orissa, Jharkhand, Bihar and few parts of Uttar Pradesh. The sexual trafficking are mainly from the Northeast and Bengal. The girls are sold in Haryana and Sivakasi down south.”

He added, “Parents don’t know what happens to their kids and the children are lured based on false promises. They’re never told the reality of the situation.”

When Bijolibala meets with an accident, Hasi volunteers to donate blood to her. Bijolibala gets discharged but is advised complete bed rest. Soon, Hasi’s dedication and warm presence soothes Bijolibala’s mind. When Hasi dies of cancer, Hasi’s child Bhutu finds a new mother in Bijolibala. The twist in the tale comes when a sudden letter reveals that Hasi was originally Hasina, a Muslim who after her marriage chose to spend rest of her life as a Brahmin! Bijolibala is now faced with a spiritual dilemma.

Kailash Satyarthi has spent his lifetime rescuing kids from slavery, and was awarded the Nobel Peace Prize for his work in 2014. His organisation, Bachpan Bachao Andolan (BBA), has rescued close to 100,000 kids in the last three decades and has influenced hundreds of traffickers to change their ways. The film looks at his journey and goes behind the scenes to witness first-hand how he has changed lives of thousands of children.