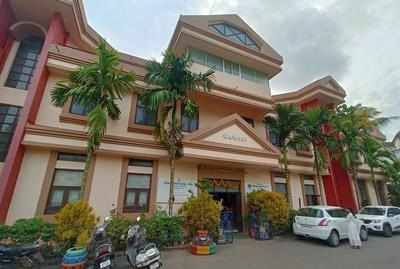 Panaji: Konkani Bhasha Mandal, Goa is celebrating its 60th anniversary on September 30th. On the occasion of the Diamond Jubilee, the Mandal has organized two days of activities. Six veterans will be honored for their selfless service to Goa and Konkani at the Anniversary Day function to be held at Ravindra Bhavan in Margao on 30th September. Naguesh Karmali, Adv. Uday Bhembre, Damodar Mauzo, Pundalik Naik, Meena Kakodkar and Hema Naik will be honored with the Lifetime Achievement Award. Chief Minister Dr. Pramod Sawant will be the chief guest while Prof. Dr. Ashwani Kumar, Writer and Dean, School of Development Studies, The Tata Institute of Social Sciences, Mumbai will be the guest of honour.

Singers Lorna Cordeiro and Pt. Ajit Kumar Kadakade, Governor of Himachal Pradesh Rajendra Arlekar, Industrialists and Philanthropists Avdhut Timblo, Dattaraj Salgaonkar, Srinivas Dhempo and Kamlaksh Naik and Social Worker and Konkani Film Producer Dr. Pramod Salgaonkar will be presented with the honorary membership of the Mandal on the occasion. A special issue of ‘Konkani’ will also be launched by the dignitaries on the occasion of the Diamond Jubilee.

The annual awards ceremony will be held on 1st October at Gomant Vidya Niketan, Margao. Indian writer Arun Kamal will be the chief guest at the function. Senior writer Meena Kakodkar, Konkani veteran Narayan Mauzo, former President of Goa Board Jose Rebello, senior Konkani activist R. B. S Komarpant and Director, (Training) and Secretary, GIPARD Society Michael D’Souza (I.A.S) will be the guest of honours on the occasion.