Dhavalikar recalls old insult, stages walk out from the House 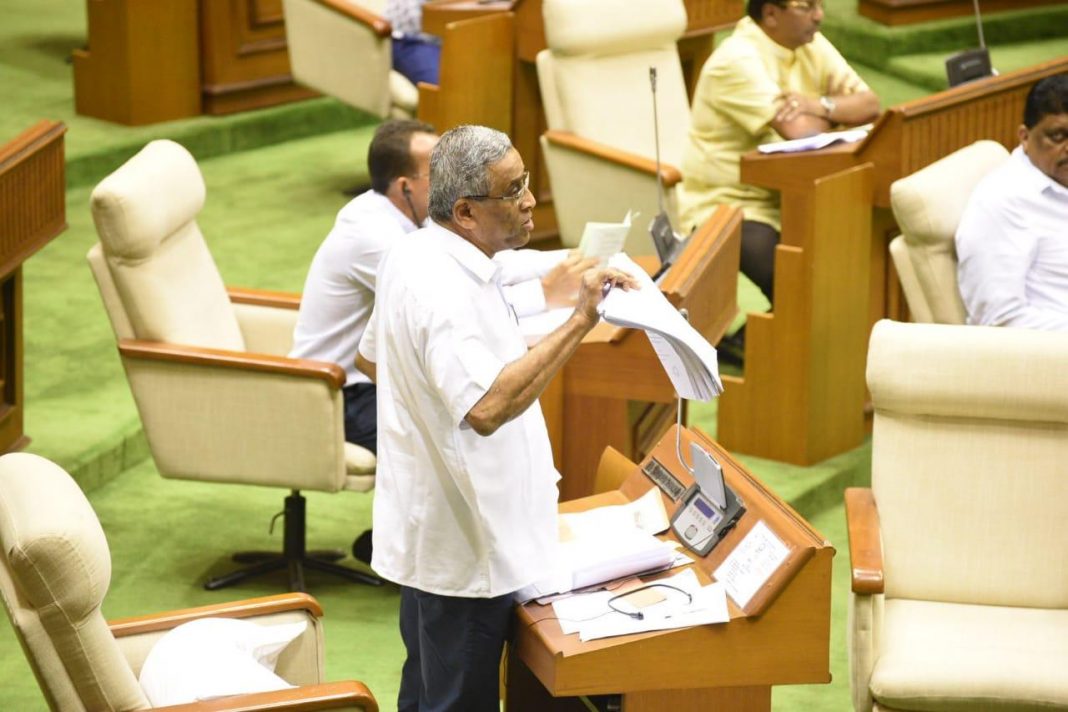 Porvorim: MGP MLA Sudin Dhavalikar on Monday on the floor of the House condemned the statement of MP Azam Khan against his Parliament colleague Rama Devi.

Dhavalikar who raised the issue after Zero Hour during ongoing Goa Assembly session also staged a `walk out’ recalling the derogatory remarks allegedly hurled against him by State Art and Culture Minister Govind Gawade in January this year during a cabinet meeting chaired by then Chief Minister Manohar Parrikar.

“The sanctity of the Houses like Parliament and Legislative Assemblies should be maintained. The action of Azam Khan of making lewd comments against Rama Devi are condemnable,” Dhavalikar said.

“While I condemn the incident (Rama Devi), I also appreciate the way BJP stood by Rama Devi during the issue in and out of the House,” he said.

In the same breath, Dhavalikar recalled the incident of he being allegedly abused with un-parliamentary words by then cabinet colleague Gawade in front of the then CM.

“Art and culture minister used derogatory words against me. The ministers like Mauvin Godinho and Vishwajit Rane were present for the meeting,” he said.

“The Assembly should take note of the incident and Chief minister should inquire into it,” he said, while announcing his walk out from the floor of the House.

While Gawade reacted to the statement claiming that Dhvalikar was trying to paddle blatant lies, Chief Minister Pramod Sawant said that the member (Dhavaliakr) should have complained when the incident happened, and he can’t do it now.

SP leader Azam Khan on Thursday courted a fresh controversy when he made a sexist remark against the lady BJP MP  who was in the Chair in the Lok Sabha sparking an uproar and demands for his apology.