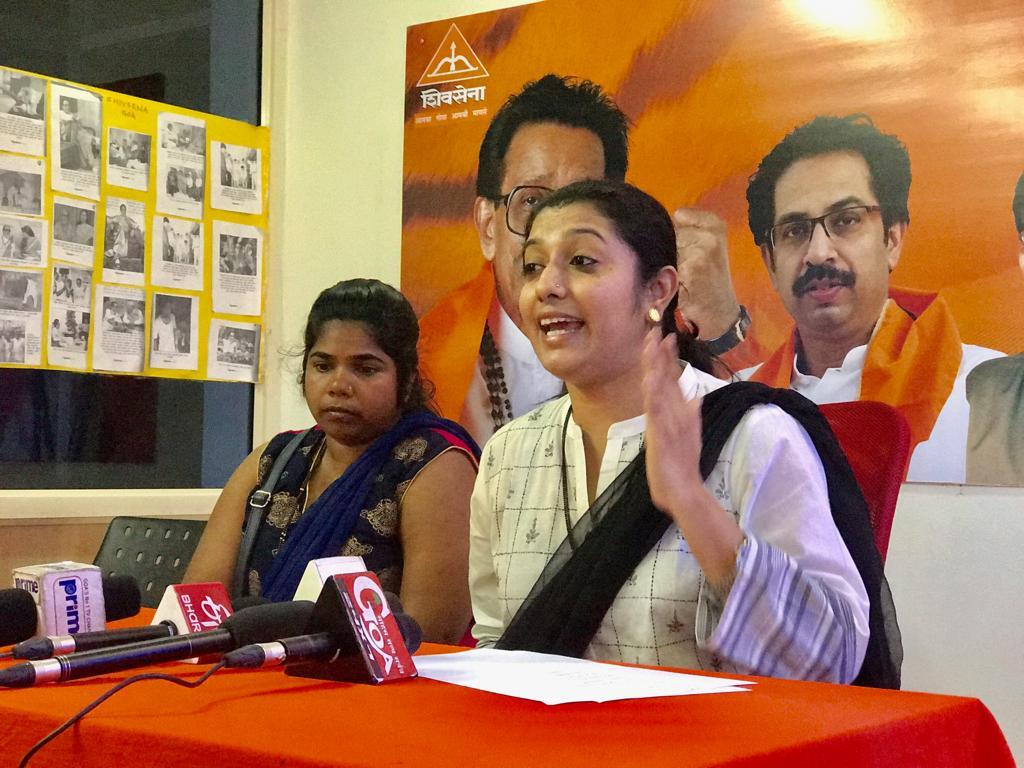 Panaji: Shiv Sena has demanded immediate transfer of Sanguem Police Inspector Sagar Ekoskar after yet another instance of custodial abuse came to light.

Shiv Sena Goa Spokesman Rakhi Prabhudesai Naik told reporters that the saga of Ekoskar and his police station getting involved in Custodial assaults, humiliations and abuse is unending.

“Picture of a young boy who was arrested for some reason is making rounds of social media. The boy is seen holding a name plate which is a part of arrest formality and the picture is  supposed to be in police records and not in social media,” Naik said.

She said that the investigation has to be conducted into the affairs of Sanguem Police Station and its incharge Ekoskar, who has refused to get CCTV installed at the Station in order to carry on with his misdeeds.

Naik recalled that in the past Sanguem police station witnessed brutal custodial assault on Amit Naik and then on one Janu Zore who was assaulted by Ekoskar himself.

She said that Amit Naik custodial assault case was investigated by Deputy Superintendent of Police Sunita Sawant who has clearly inducted accused including constable Somesh Phaldesai.

Naik pointed out that despite being named in FIR and severely inducting the preliminary inquiry, Faldesai continues to serve at the same outpost under Sanguem Police Station, clearly indicating that he has support of the political bigwigs in the area.

She said that eight months back, Sena had approached DGP with the request to install CCTV at Sanguem police Station. “Now if police have no money to install CCTV, I will install it and then maintain it on behalf of police,” Naik said.

“It is alleged that former MLA asked to make the picture of youth viral,” she said.

Naik also questioned Gaonkar. “Local MLA Prasad Gaonkar says that he is striving for development of the constituency. When there is no law and order what kind of development is he talking about,”she said.

Talking about Amit Naik assault case, she demanded that impartial police station should conduct the inquiry into his case as there is no trust on Ekoskar for fair probe.

Previous articleManohar Parrikar returns to the State after treatment at AIIMS, Delhi
Next articleInjured victim succumbs to injuries at GMC