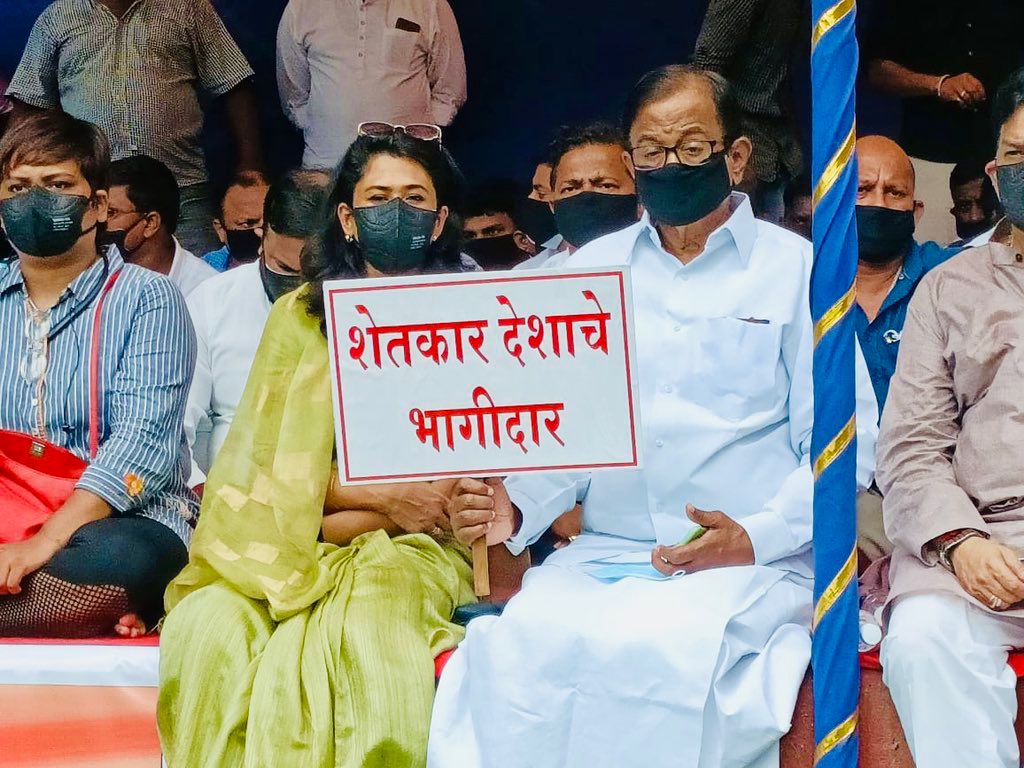 BJP Government at the Centre as well as the States have always encouraged atrocities against farmers. Modi Government is responsible for pushing the three farm laws despite strong opposution from farmers. Congress Party will continue to support the farmers till they get justice said AICC Incharge Dinesh Rao.
Congress’ National Spokesperson Dr Shama Mohamad on Monday alleged that there is subversion of our democracy, decimation of our Indian Constitution under the BJP-led government in the Uttar Pradesh.
Mohamad said that whatever that happened in Lakhimpur, Kheri in UP is an open and shut case. “All the evidences including witnesses say that Ashish Mishra was involved in the act but his father, Ajay Mishra (MoS Home) claimed that his son was not even there at that time at the crime scene.
“In his interrogation, Ashish Mishra has admitted that he was there at the crime scene,” she said adding that being Home Minister, police come under him. “Hence, there can’t be an impartial probe into this brutal cold blooded murder of the farmers,” Mohamad added.
She has demanded that Narendra Modi-led government should not only sack Ajay Mishra but also arrest him for “obstruction of justice as he lied where his son was on the day the cold blooded murders happened & did not let the police do their job.”
Farmers are our Annadatas and we need to stand by them. BJP Government is completely insensitive about farmers. Even in Covid Pandemic, the irresponsible government forced farmers to protest on roads said Digambar Kamat.
Member of Parliament Francisco Sardinha said that the BJP government has always been insensitive towards the cause of farmers, which clearly reflects through this attack. “This is an attack on the farmers and downtrodden community,” he said.
Curtorim MLA Aleixo Reginaldo Lourenco demanded that impartial inquiry should be conducted in the entire episode, right from the running over on the farmers till the way the accused was shielded by his father.