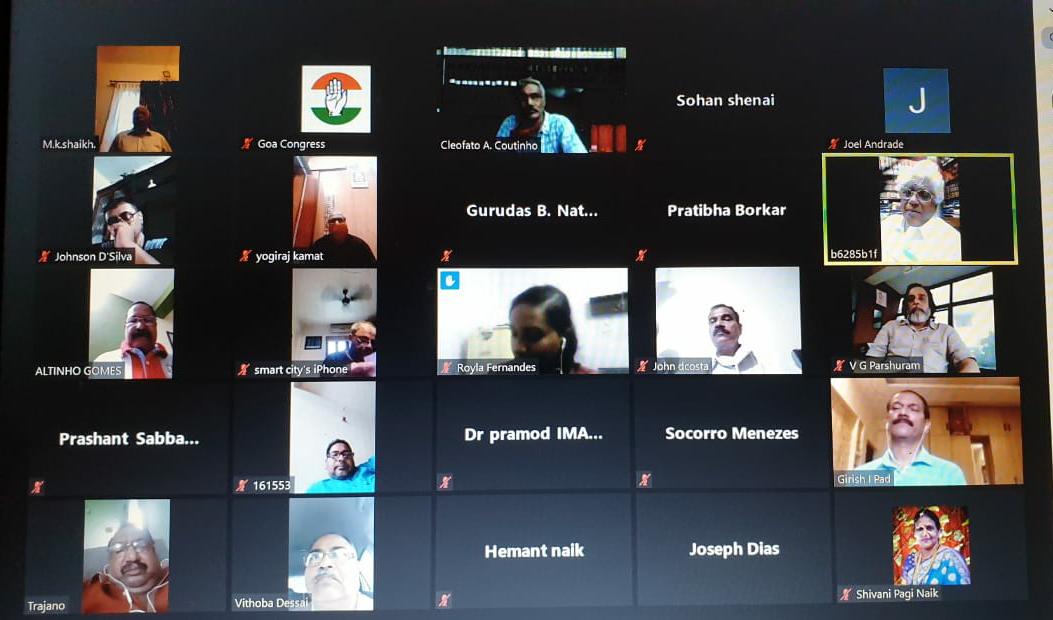 Panaji: On the occasion of 76th Birth Anniversary of former Prime Minister Late Rajiv Gandhi and as a part of celebrations of his achievements Goa Pradesh Congress Committee had organised webinar via Zoom on the vision of Rajiv Gandhi Today 20th August 2020.

The speakers targeted the State Government for ignoring IT industry and shattering dreams of thousands of youth despite Government having various IT related reports from the world renowned experts. Vision Document 2035 prepared by Dr. Mashelkar had also drawn road Map for IT. Government was also attacked for non allocating revenue to local bodies as per Finance Commission and non devolution of powers to local bodies as per the vision of Rajiv Gandhi. 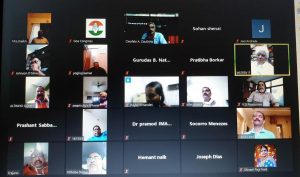 Dr. Manoj Kamat while speaking on ‘Rajiv Gandhi’s Contribution in Digital India’ said Bharat Ratna Rajiv Gandhi laid the foundation of a modern and young India. He left an imprint of modernity with technology initiatives by vigorously pursuing the forward looking policies of Indira Gandhi.

His pioneering work rightly accords, and is worth celebrating him as the ‘Pioneer of Digital India’ or the ‘Computer Man of India’. 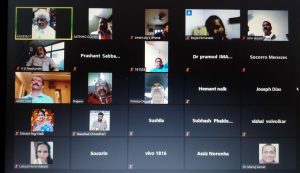 Adv. Cleofato Almeida Coutinho while speaking on the topic of ‘Rajiv’s Vision for Panchayati Raj’ said RajivGandhi brought in the decentralization of democracy. Panchayats and municipalities were sought to be made more participatory and more inclusive. He called for devolution of powers and resources to local bodies. Due to his vision 32 lakh elected representatives which include 14 lake women and 5.5 Dalits. His vision made 86000 women chairpersons all over India. He strongly advocated that Government should either have Panchayati Raj with full power or no Panchayati Raj, he said it cannot be symbolic. He also argued for devolution if financial powers.

Former union minister Adv. Ramakant Khalap in his concluding remarks recalled how he as Minister, wanted to establish Goa as world class IT Hub which could have retain our young Goan talents in Goa itself. He said recalled how champions of IT industries including former Andra Pradesh CM. Mr. Chandrababu Naidu were brought to Goa to crest strong IT foundation. He attacked Government of the day for destroying IT sector and shattering dreams of thousands of Goans who were forced to leave Goa.

CLP leader Digambar Kamat in his opening remark recalled Rajiv Gandhi’s valuable contribution to prepare India for 21st century and worked to make India the super power. He recalled during his tenure as CM how he involved Experts including Dr. Mashelkar to prepare Vision document’Vision 2035’