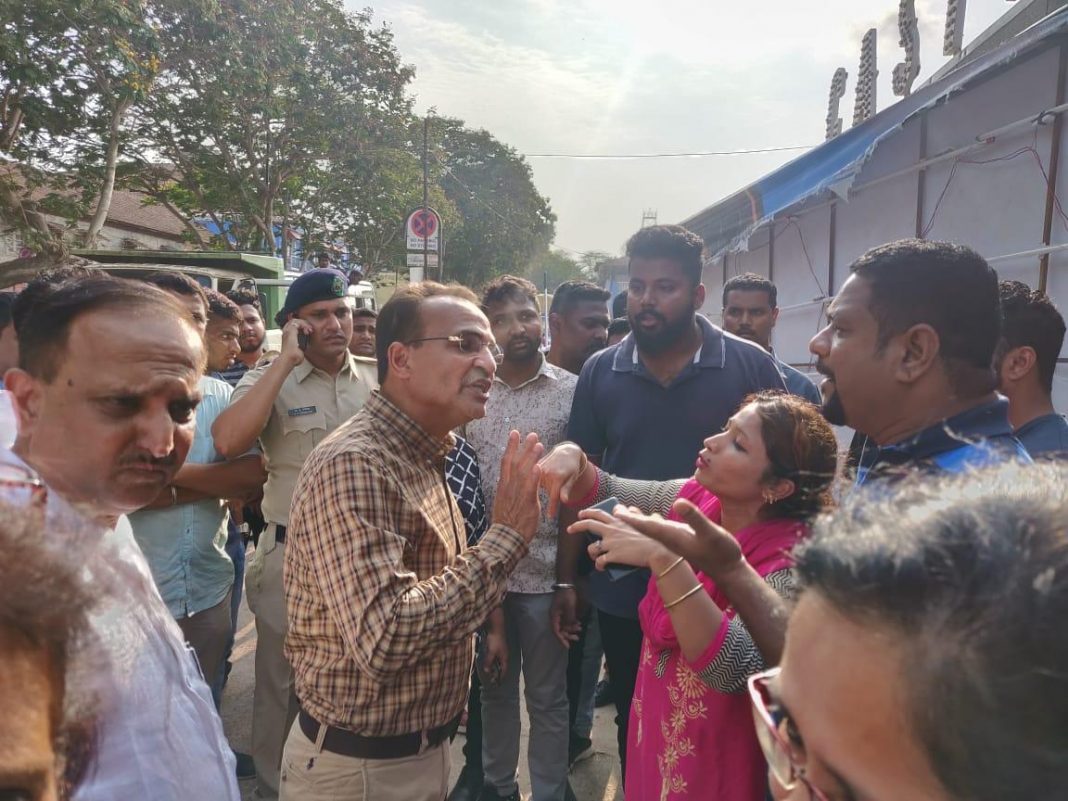 Panaji:  Congress MLA Babush Monserratte on Friday was verbally abused by staff of an off shore casino company when local civic authorities went to clear the illegal encroachment by the company in Panaji city.

The ruckus happened when the labourers of corporation of city of Panaji along with Mayor Uday Madkaikar and Monserratte went to clear the encroachment by off shore casino company on a footpath in Panaji.

“Suddenly, the staff of the off shore casino company arrived at the spot and started verbally abusing Monserratte and others. They tried to disrupt the work of CCP,” Madkaikar said.  He said that the staffers even physically charged at Monserratte abusing him with filthy words.

The CCP has begun drive to clear encroachments by various companies owning off shore casinos which are anchored in River Mandovi.

Monserratte, who was elected during the recent by election from Panaji assembly constituency, has promised to remove off shore casinos from River Mandovi within hundred days.

Condemning the attack, Deputy Chief Minister Vijai Sardesai said that the law will take its own course, as no one has right to abuse an elected representative. “On the whole, I am of the opinion that casino industry cannot be stopped but they should be regulated and attempts should be made them to get them on land,” he said.

Previous articleGFP is a part of NDA, formation of alternate govt is just speculations: Vijai Sardesai
Next articleVijai Sardesai brings in expertise from Mumbai to control Sonsodo disaster