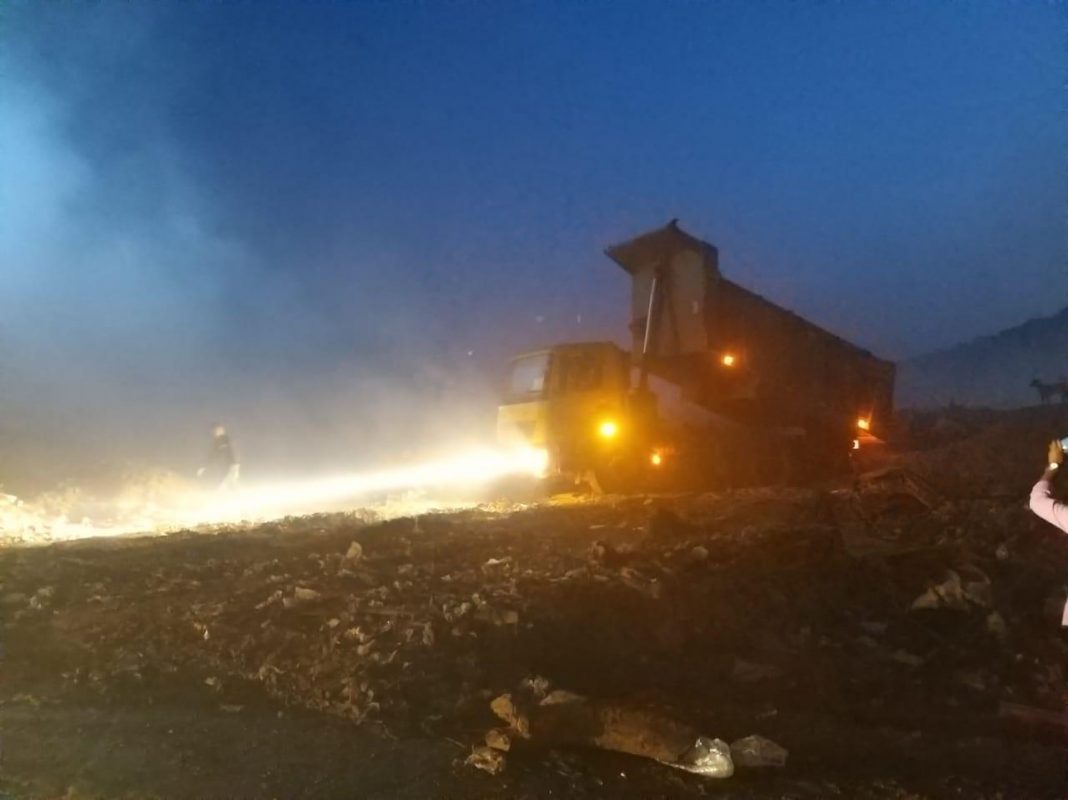 Panaji: Goa government has sought help of the expert, who successfully doused fire at Deonar, to control the uncontrolled flames at Sonsodo.

Goa government on Friday invited Chief of Maharashtra fire force Prabhat Rahandale to help in operations in controlling situation at Sonsodo garbage dump, which has created massive air pollution in and around the place located at the outskirt of Margao town.

“My office had contacted Rahandale who has experience of dousing fire at Deonar.

He visited the Sonsodo and also checked the current situation. The course of action which was followed in Deonar has been recommended to be followed to tackle the problem at Sonsodo,” Sardesai told reporters emerging from the meeting.

He said that the entire operation will be supervised by District Collector while State Public Works Department will be assisting the authorities.

Sardesai said that the smoke is still emanating from the middle of the dump, where there is no access for intervention. “It has been decided that water and debris will be used to douse the fire,” he said.

The Deputy Chief Minister said that the situation would be completely under control in next three to four days.

Congress had threatened to agitate, if situation at Sonsodo is not brought under control.

Sardesai said that the opposition party has been asked not to resort to any kind of agitation over the issue as the fire is not man made but natural disaster.