Canacona: The private bus owners plying in and around Canacona have rubbished the allegations that they have been irregular in their service.

Jana Sena led by Janardhan Bhandari on Tuesday had met RTO officials claiming that the private buses are irregularly plying. 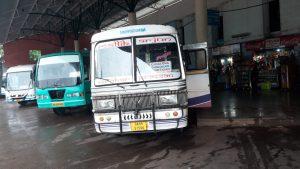 One of a private bus owner said that even during the worst times, when passengers were reluctant to travel, the private bus operators had ensured that the services were on. “There are times when on some route, there is not a single passenger but still we operate on those routes,” he said.

The private bus owners have said that there are no complaints from the passengers but infact, Bhandari was trying to earn political mileage by indulging in such issues.