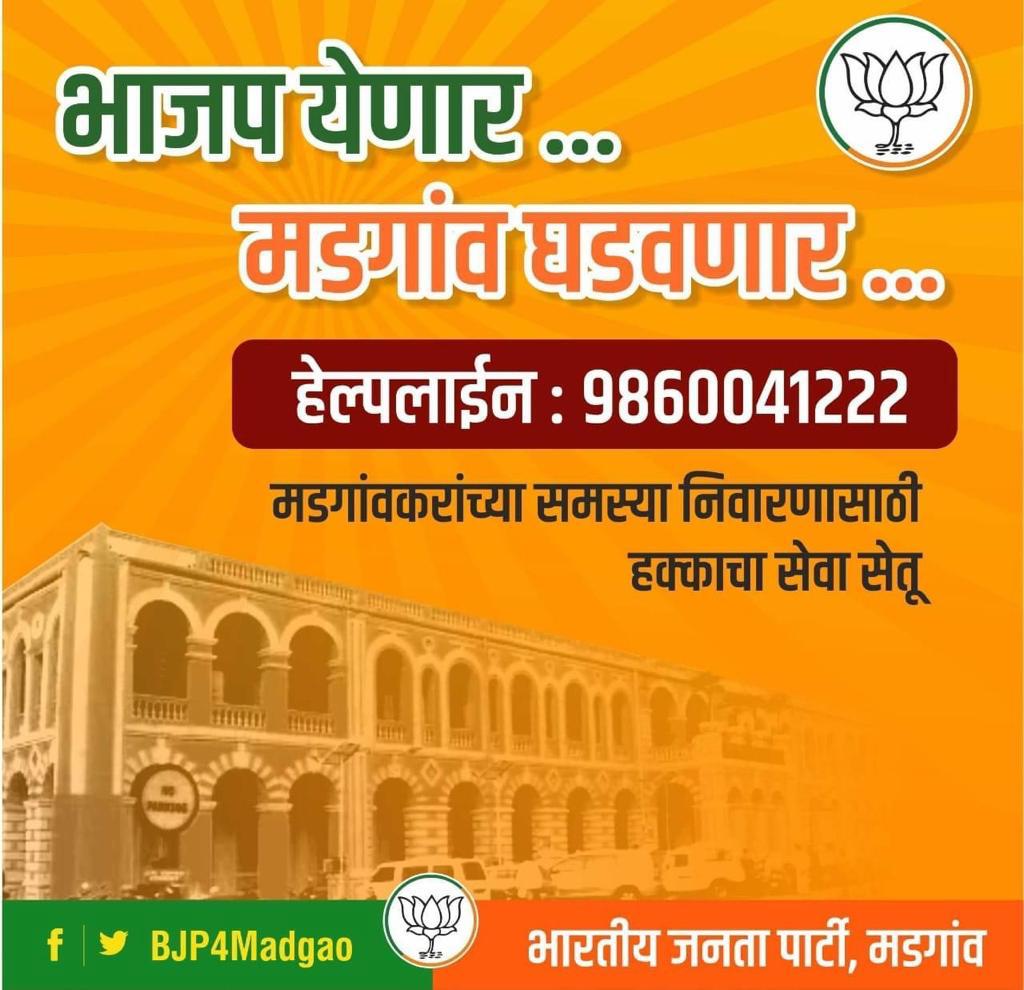 Margao: Bharatiya Janata Party (BJP) has officially launched its campaign for upcoming Margao Municipal Council election by unveiling the helpline number, which they said was a “social bridge between people and the party.”

In a poster released today, BJP launched its helpline 9860041222. The party has said that it is a bridge to solve problems faced by the people.

The MMC elections are crucial for all the parties including Congress, Goa Forward Party and BJP. GFP has been ruling the council since last election.

The municipal election is crucial for BJP, after CM Pramod Sawant has claimed that the party will win Margao assembly seat. The municipality covers area of Margao and Fatorda Assembly constituencies.

GFP Chief Vijai Sardesai will put all his might to win the election, while it is also a prestige issue for Congress leader Digambar Kamat.