Arvind Kejriwal participates in door to door campaign in Goa 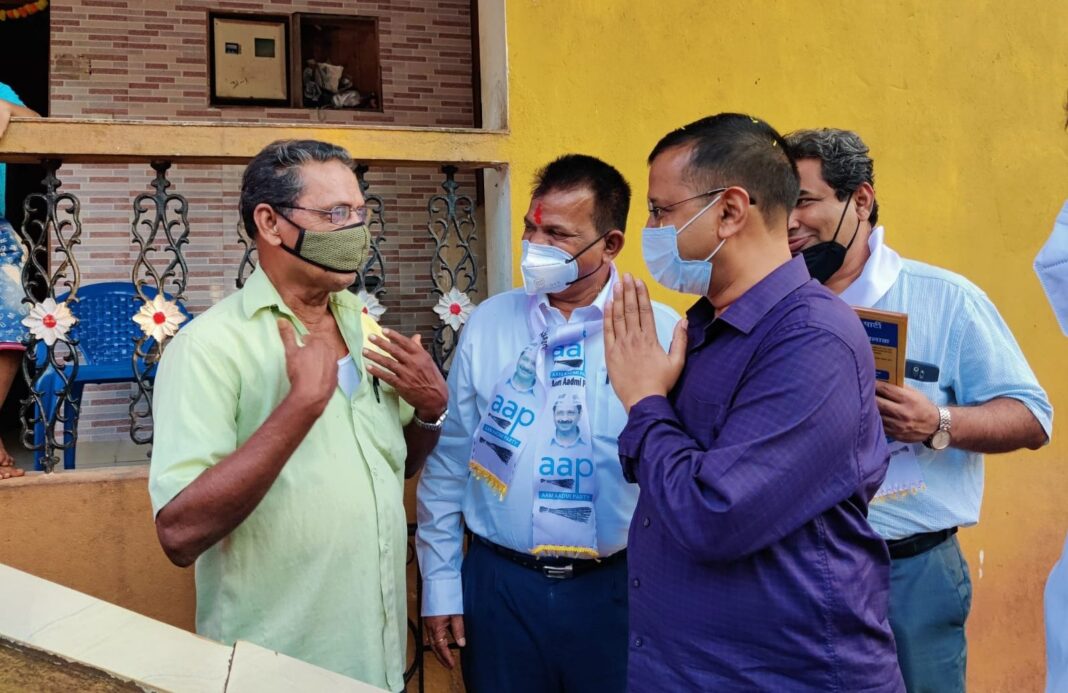 Kejriwal arrived in Goa on Saturday afternoon after which he joined door-to-door campaign at St Andre Assembly constituency in North Goa.

The Delhi chief minister said that there is immense response from the people for Aam Aadmi Party candidates. “The voters in Goa are looking for a change, there are issues like unemployment which needs to be addressed,” he said.

Kejriwal said that the AAP will provide honest government to the people of Goa.

When asked about various national political parties in the fray, Kejriwal said the voters have faith in AAP that our government will solve their problems. He said that all the guarantees including free and interrupted electricity, unemployment allowance, reservation in the employment, would be fulfilled once AAP comes to power.