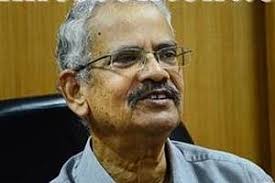 Gregg Olsen had very aptly said ‘Change happens through example and not through just talking about it’.  And this is exactly what Justice Prafulla Kumar Misra has done, right from the day he took over as Lokayukta of Goa on April 28th 2016.

While leading an exemplary life with the utmost form of ethical conduct, Justice Misra kept away from socializing in any form. He even kept himself aloof from the Independence Day, Liberation and Republic day receptions hosted by the Governor at Raj Bhavan. Justice Misra has been of the opinion that as Lokayukta it was not proper for him to mingle and jingle with politicians and public officials whose acts of omission and commission he had to oversee.

Frequent socializing with particular members of the legal profession or with the litigants, including potential litigants raises suspicion that the judge is inclined to undue influence in the discharge of duties. A judge must inevitably choose to be quite isolated from the community at large and should not socialize with lawyers besides political leaders and Ministers.

Once you become a Judge, one without doubt has to self impose certain palpable limitations. Judges owe a solemn duty to the community at large and everyday must question themselves whether they have done or said anything which is inconsistent with the oath of office they have taken and which otherwise is conflicting with their obligations as a judge.

Judges in Goa could never find a better role model than Justice P.K Misra, who has firmly felt that clean persons in black robes are required to uphold the independence and the integrity of the judiciary. He has been a Judge who always bluntly spoke his mind and never ever minced words in what he had to communicate.

The Goa Lokayukta Act was enacted in 2011 to provide for the establishment of the Institution of Lokayukta and to inquire into grievances and allegations against Public functionaries in the State of Goa.

Goa’s first Lokaykuta Justice Sudarshen Reddy assumed office on 8th March 2013 amidst a huge public outcry. Suddenly on 18th September that year Sudarshen Reddy without citing any reasons left Goa in a huff.  His formal resignation was accepted by the Goa Governor on 17th October 2013.  Three years later the current incumbent Justice P.K.Misra was appointed as Goa Lokayukta. Will it now take another three years for Goa to see the next Lokayukta?

With Governor Satya Pal Malik removed last month, it will be another sigh of relief for this government with Justice P.K.Misra retiring today. But Goa will miss a formidable and no-nonsense Lokayukta P.K.Misra and will be a hard act to follow. But it is critical for justice that whoever is chosen to be his replacement, will happen urgently and will be someone who will emulate and put into practice the virtues and principles that Justice Misra lived by and practiced.

We are reminded of the statement of Benjamin Franklin which very much relates to the judiciary “Only a virtuous person is capable of freedom. As nations become corrupt and vicious, they have more need of such masters”.

Previous articleThree arrested for looting, threatening tourists at Porvorim
Next articleGFP’s Lokayukta order on Labourgate: AAP questions CM how low can it get