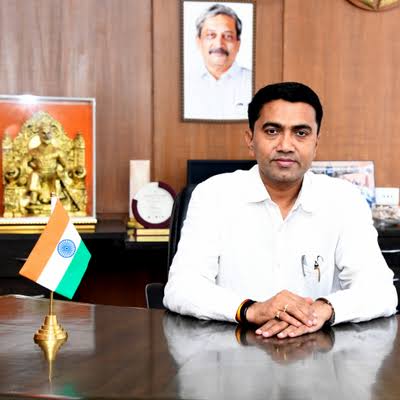 Pointing out that Pramod Sawant on 26th September last year had filed a very controversial application before the Bicholim Mamlatdar claiming to be a Mundkar in that property, Adv Rodrigues has alleged that while the application by Pramod Sawant seeking declaration as Mundkar under Section 8A of the Goa Mundkar Act 1975 is still pending before the Mamlatdar, the Chief Minister has very highhandedly demolished his alleged Mundkarial house and laid the foundation for his proposed new mansion there.

Adv. Rodrigues has further stated that what is sought to be blatantly done is an illegal new construction under the guise of repair and that too when Pramod Sawant’s property rights as Mundkar were yet to be established.

Alleging that it was a very lawless and deplorable move by Pramod Sawant while indeed setting an extremely wrong precedent, Adv. Rodrigues has stated that if the Chief Minister himself does not respect the law nobody will.

Terming it as a very sad and sordid state of affairs, Adv. Rodrigues has stated that Pramod Sawant in rank abuse of power was acting in connivance with the authorities who are conveniently turning a nelson’s eye to these illegalities.

(disclaimer: www.goanewshub.com has no independent proof to substantiate claim of Adv Rodrigues. The news is published based on press note issued by Adv Rodrigues)