Agriculture should be part of School curriculum: Vijai Sardesai 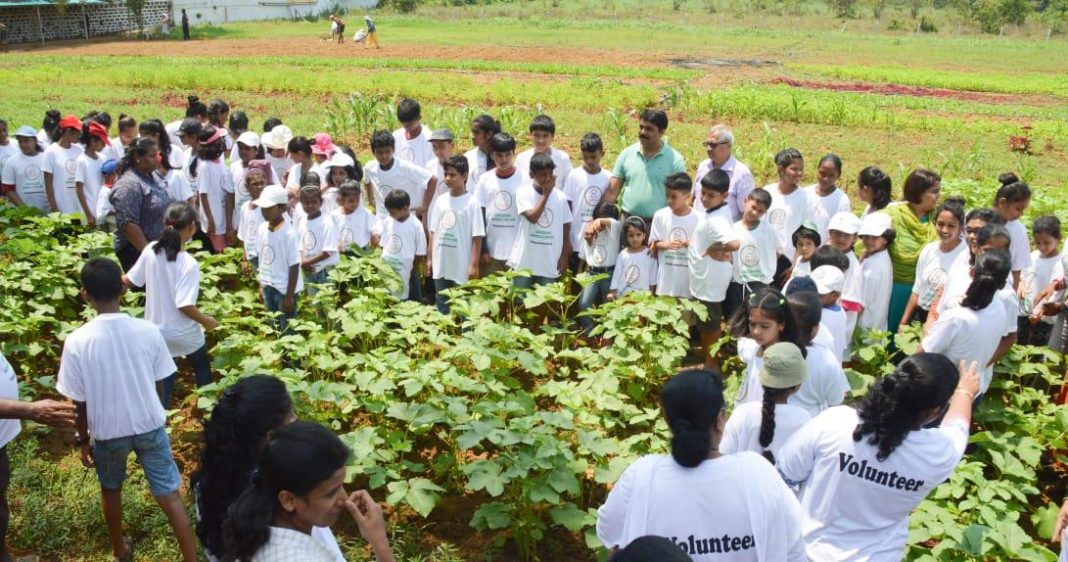 Fatorda: Goa Forward Party Chief and Deputy Chief Minister Vijai Sardesai on Wednesday said that the agriculture should be made a part of School Curriculum to make child a model citizen.

Sardesai was addressing a gathering during the concluding ceremony of Summer Agriculture Camp at Fatorda in South Goa organised by non-profit organization We For Fatorda.

The minister, who is holding Agriculture Portfolio in Pramod Sawant-led government, said that he would be taking up the issue of including agriculture in school curriculum with the Chief Minister soon.

Sardesai said that the child after practicing Agriculture will become a Model Goan Citizen.

“Our government should make agriculture should be part of the school curriculum. We should not give only lip sympathy towards agriculture,” he commented.

The Summer Camp organised at Fatorda is one of the first initiative in which several children were introduced to the basics of farming and agriculture. The ten day long camp was held in association with Directorate of Agriculture.

The minister also suggested that Agriculture department can have “agriculture academic cell”, which would be the first of its kind in the country.

Sardesai pointed out that in North Goa district, the tourism has invaded in the agricuture lands.

“That is why I was speaking about the concept of Agro-tourism. I have said that we can have Shack in the agriculture field. Town and Country Planning will be open to give permission for such Shacks, which are temporary structures” he said. pti rps

Previous articleBJP calls for emergency meeting of its MLAs at Panaji
Next articleI will expose those people who framed me in police station attack and rape case: Babush Monserratte