I will expose those people who framed me in police station attack and rape case: Babush Monserratte 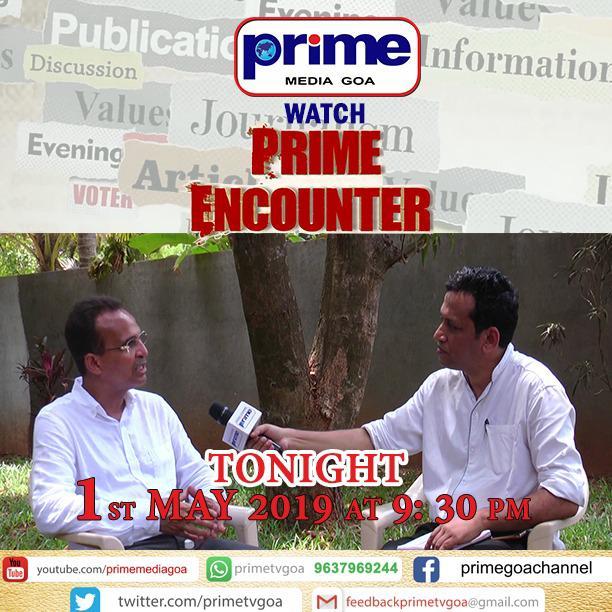 Panaji: After a gap of almost five years, former minister and Congress candidate for Panaji by-election Babush Monserratte gave his consent to get interviewed on television.

Monserratte answered different questions, which he had not been openly speaking about, on Prime TV’s political interview show Prime Encounter with Rupesh Samant. We bring you the highlights.

WHY DOES HE WANT TO CONTEST IN PANAJI?

– I always had a wish to contest in Panaji Assembly constituency, people of Panaji have given me a lot. Three times I got CCP panel elected. The Mayor was from my panel.

People from Panaji rejected me last time, may be because there was a reason. There was some trust deficit because I was not contesting on a party ticket. But still I gave other party run for their money. Inspite of Manohar Parrikar being Defence minister and their government in saddle, I lost by just one thousand votes.

YOU SEEMS TO HAVE ABONDONED ST CRUZ CONSTITUENCY

– I have never abandoned anyone. I still have love and affection for the people from St Cruz. It was my  wish that I serve people of Panaji. Panaji has been totally neglected. It is not like any other city which has a capital.

WHY YOU CHOSE CONGRESS?

– As far as congress party is concerned, I was aligned with congress party. I believed in the party. Congress party threw me out. I never left it. So now, I am back in the congress. When  I was going around in the constituency and I found there was a trust deficit like last time. They wanted me to join the party.

YOU SPEAK OF FORMING THE GOVERNMENT IN GOA

– I am sure on May 24th there will be Congress government in Goa. I am confident of that. We don’t need to split any parties. Parties are there, I assure you on that.

YOU ARE IN PANAJI WHEN PARRIKAR IS NOT THERE.

– I respect Parrikar, he was great administrator, we had love and hate relationship with him.

YOU ACCUSED BJP OF USING AND THROWING OUT UTPAL PARRIKAR

– The way they treated Parrikar’s son is unfair. Minus Parrikar, BJP is nothing. BJP will not rise as much as they would do with Parrikar. I don’t see any leader with his caliber in that party. Parrikar had that personal approach with the people across communities. All section of communities were working for Parrikar.

YOU HAVE A CRIMINAL BACKGROUND

– I have two cases against me. One is as far as stoning of police station is concerned. I feel I have been framed in that case it is in court. I have strong faith in judiciary system. I believe that justice does not stop at the door of the government. Another case is regarding rape case. I was never involved in a case. I was basically fixed in the case. When right time will come I will speak. The matter is in the court. There is clear decision from Supreme court that serious cases against elected representatives should be completed  within six months. My case was registered in May 2016, they filed chargesheet after two years. They always kept dangling sword on me. I am not afraid of cases. My conscience is very clear. I believe that if you speak the truth, you don’t have to remember anything. I am not involved in the crime which I am alleged to be involved in. Now since the matter is subjudice, I would like people to visit the court whenever argument takes place. I know who has framed me. I will expose them once I get verdict from the court.

DOES IT AFFECT YOU?

– The cases affect me. I would like to tell political people, whoever has framed me. Never do such things to anyone else. If such things happen to you, when you are a family person, you will realise one day, how it is.

YOU ARE CONTESTING ON A PLANK OF DEVELOPMENT

– I appeal to the youth of Panaji, support me for two years and you see how I transform Panaji. Then you decide whether it was a good job or bad job. In 2021 I will contest from Panaji on my merit.

YOU HAVE PROMISED TO REMOVE OFF SHORE CASINOS

– You give me a verdict in Panaji, you give me hundred days time, I will remove the casinos from River Mandovi. I am not saying that I will remove business of casinos. They are having casinos in Mandovi for live gambling. I assure you that other five star hotels live gambling is still going on. You cannot have casinos at hop skip and jump distance. Let them go in high seas.  I will see that these boats are removed and casinos are shifted in hotels. There should be amendment to gambling act that the live casinos should be in five star hotel.