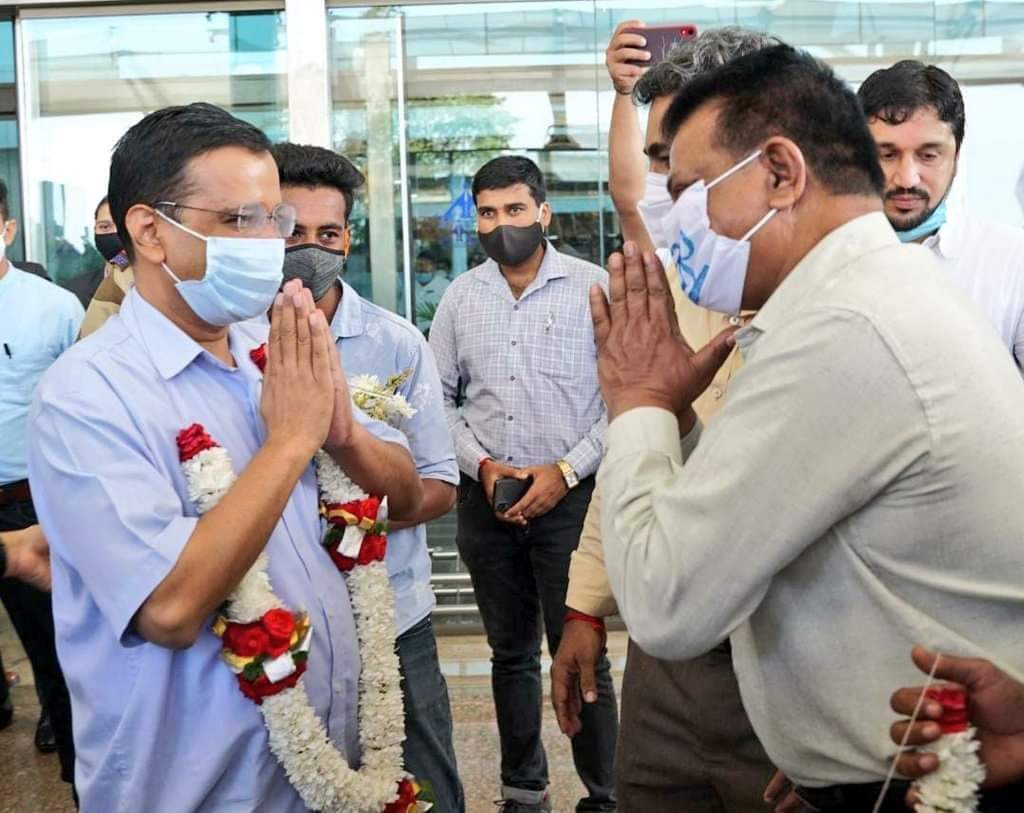 Kejriwal arrived in Goa in the afternoon after which he visited Shree Rudreshwar Temple at Harvalem village in Sankhalim Assembly constituency, which is represented by chief minister Pramod Sawant.

AAP Goa Convenor Rahul Mhambre said that Kejriwal was given grand welcome at the airport by AAP volunteers. The Delhi Chief Minister also met the taxi drivers, who were present at the airport and shared their concerns as they were impacted due to tourism slow down, lockdown and Corona virus pandemic, he said.

Mhambre said that  the taxi drivers praised Arvind Kejriwal scheme of providing support to rickshaw drivers and taxi drivers in Delhi worth Rs 5000 during the lockdown months to ensure that they do not go down in poverty, they also praised Kejriwal’s ‘Free Door step delivery of ration scheme’ while highlighting how they too were helped by the Aam Aadmi Party’s door-to-door ration campaign.

At Panaji, Kejriwal  met many leaders including a delegation from the Bhandari Samaj, he said.

“The Bhandari Samaj shared their concerns with  Kejriwal and explained how despite economic slow down and the effects of the lockdown, the BJP government in Goa has taken no steps at all to help the common Goans,” Mhambre said.