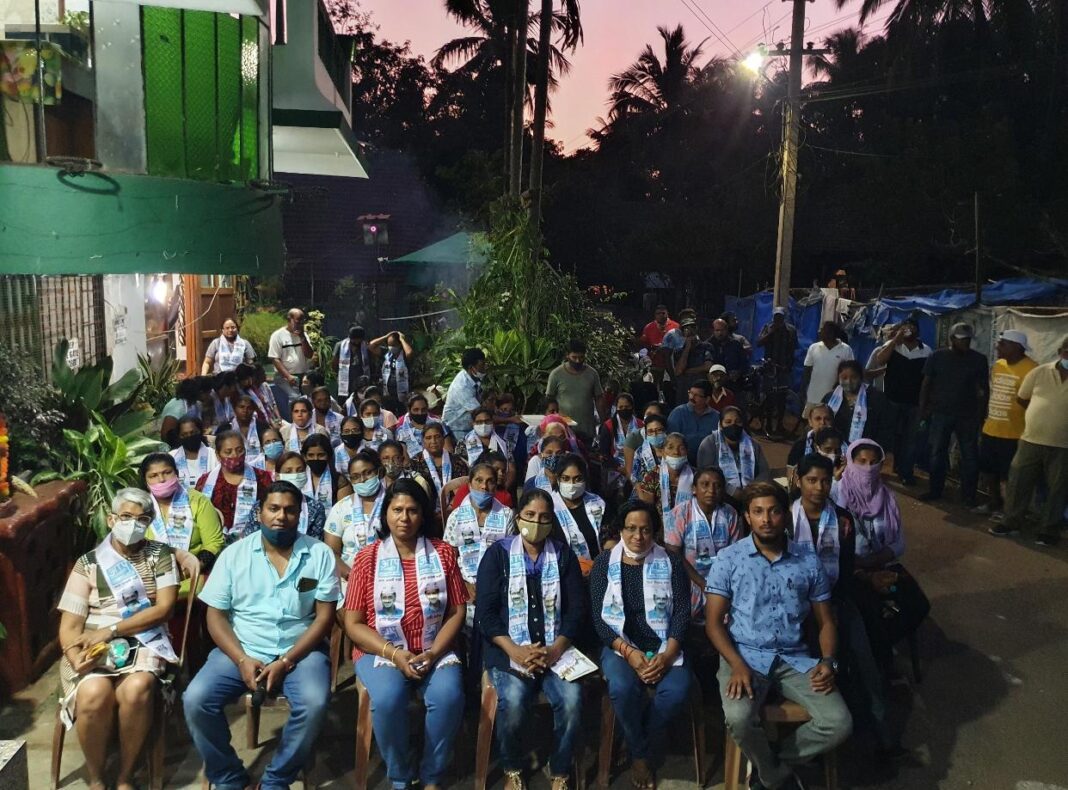 The AAM Aadmi Party, Benaulim unit has successfully opened up its 4th Medical equipment facilitating unit, which is inaugurated by the AAP Women’s Wing and this happened at the hands of our ZP candidate for Benaulim Mr. Hanzel Fernandes. During his Inauguration speech Hanzel Congratulated the women’s wing and expressed his happiness as well as the zeal to organize such an extensive unit in Benaulim, coming out to support the needy. This is a very exclusive initiative which is taken by Captain Venzy Viegas who got motivated with the entire Medical Mohalla Clinic, which has been started by the AAP National Convenor and the Chief Minister Shri. Arvind Kejriwal and this has come up to be a very successful model in the constituency and a lot of people have been using this equipment’s” said Hanzel. Captain Venzy expressed his happiness by saying that “It has really been satisfying while initiating this fourth unit in this constituency. We’ve got 3 more villages to start, the two major villages that is Benaulim and Colva have already got this Medical equipment facilitating units in place, besides that Cavelossim and Carmona village also has the similar units. we got 3 more villages that is Varca, Orlim and Seraulim. This is the first Phase to show the people of Benaulim as an example of AAP’s working Model in Goa. Benaulim has always been a role model and that is what can be seen through this initiative which has started from Benaulim.
The first Phase is to complete all seven villages by this Medical equipment facilitating unit, once all seven villages have this kind of units, we shall innovate an AAP Benaulim Constituency Office from where all this units will be operated and coordinated.
On completion of this office inauguration the Phase One will be complete as we progressed in the year 2021. The Benaulim constituency is going to have a Mohalla Clinic, which is going to be an exclusive state of the art for the entire Goa. So, by doing this, the AAP is going to portray the AAP Model of Governance here in Goa. There is lots more to come said Capt. Venzy in the months to come, this is just a start to show the people that we are here with an intention to do good for the community and for Goans at large. It’s just a start, there is lots more thing that can be done when we come to power and if given opportunity to govern Goa. Goans at large will be benefited and the whole idea of the AAP Goa Model is to reduced your cost of living.
AAP Asst coordinator for carmona village Smt. Venecia Vaz George who was also present for the function said that she is very happy to be the part of this AAP women wing of the Benaulim constituency. she also personally thanked the party for her family also benefited from this medical equipment facility. She urged the people of Benaulim constituency to make good use of this medical equipment facility and showcase Benaulim constituency as an example to other neighboring constituencies.