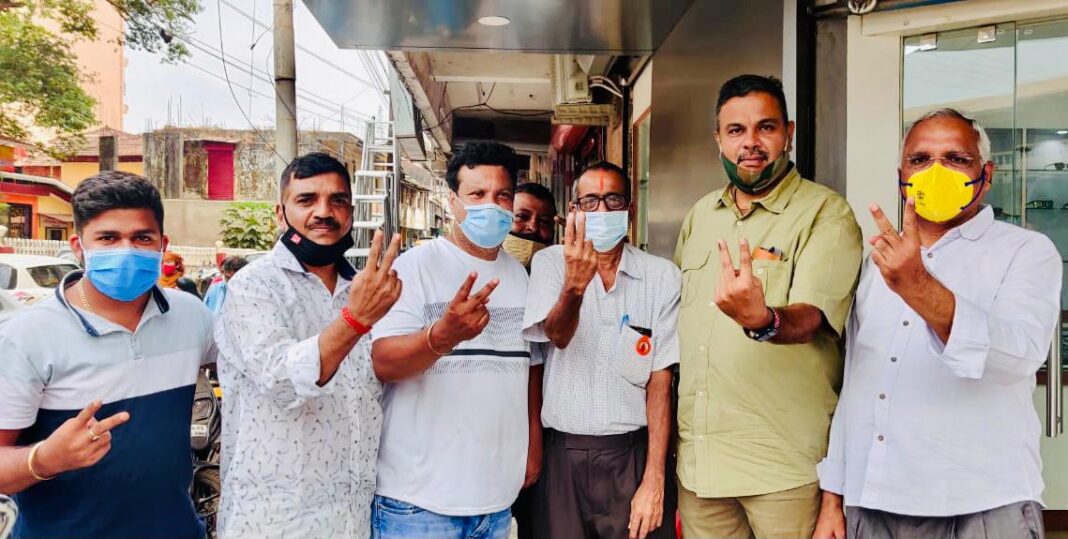 Panaji: All the five municipal councils in Goa on Friday together reported average 66.70 per cent of voting amidst rising COVID-19 cases in the state.

The polling for the municipal elections at Margao, Quepem, Sanguem, Mormugao and Mapusa was held on Friday.

A senior State Election Commission official said that the election was held peacefully without any untoward incident. The polling began at 8 am and continued till 5 pm. The last one hour was dedicated to the voters who have tested positive for COVID-19 infection.

Sanguem municipal council reported highest, that is 81.49 per cent polling  while 78.01 per cent people voted in Quepem.

Total 68.57 per cent voters turned out for polling at Mapusa while in Margao it was 64.25 per cent. The Mormugao Municipal council reported 65.04 per cent voting.

Total 1,85,225 voters were eligible for voting in all the five municipal councils together who will decide the fate of 402 candidates.

The results would be announced on April 26.