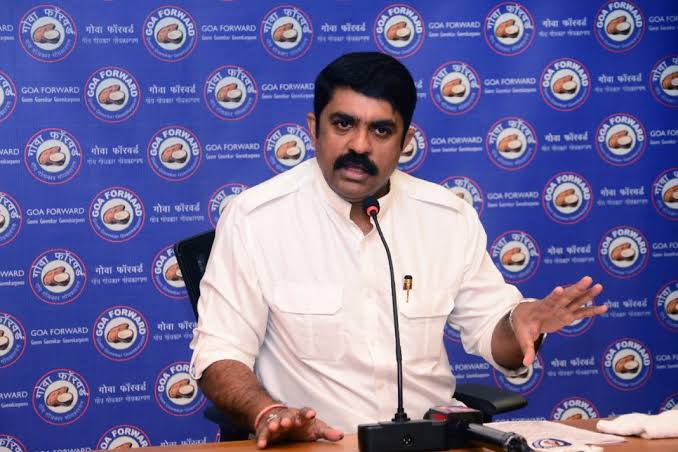 Fatorda: Goa Forward Party (GFP) Chief Vijai Sardesai has said that they will never sacrifice ‘Goem, Goemkar, Goemkarponn’ while claiming that their doors for an alliance with other parties still remain open.

Sardesai said that their discussions with I-PAC, which is an agency working for All India Trinamool Congress, have slowed down. He said that GFP never had any contact with AITC but had met with strategist Prashant Kishor.

“We have never spoken to TMC. We have had talks with Prashant Kishor. We were thinking of some kind of a tie up but right now, we are going slow while trying to gauge the sentiments of the people. Perception is what matters”, he said.

Sardesai said that the party is in the process of assessing the impact of a tie up with AITC by engaging in broad discussions with party workers and sympathizers.

“Whatever we do, we will never sacrifice our principle of Goem, Goemkar and Goemkarponn”, he reiterated.

The GFP chief said that their talks of an alliance with Congress remain suspended even now. “The ball is clearly in their court”, he stated.

“During a meeting called by civil society ‘Goenkar Ek Paval Ekcharache’ on January 16, 2020, I had made a public appeal that everyone should unite to defeat the BJP. “Some people accused me of being in undue haste. Now, we have only three months left for the elections”. He said.

Talks of an alliance with the Indian National Congress remain suspended till date, the Fatorda MLA confirmed.