Vijai as MLA has done his best for Fatorda :- Former India Captain 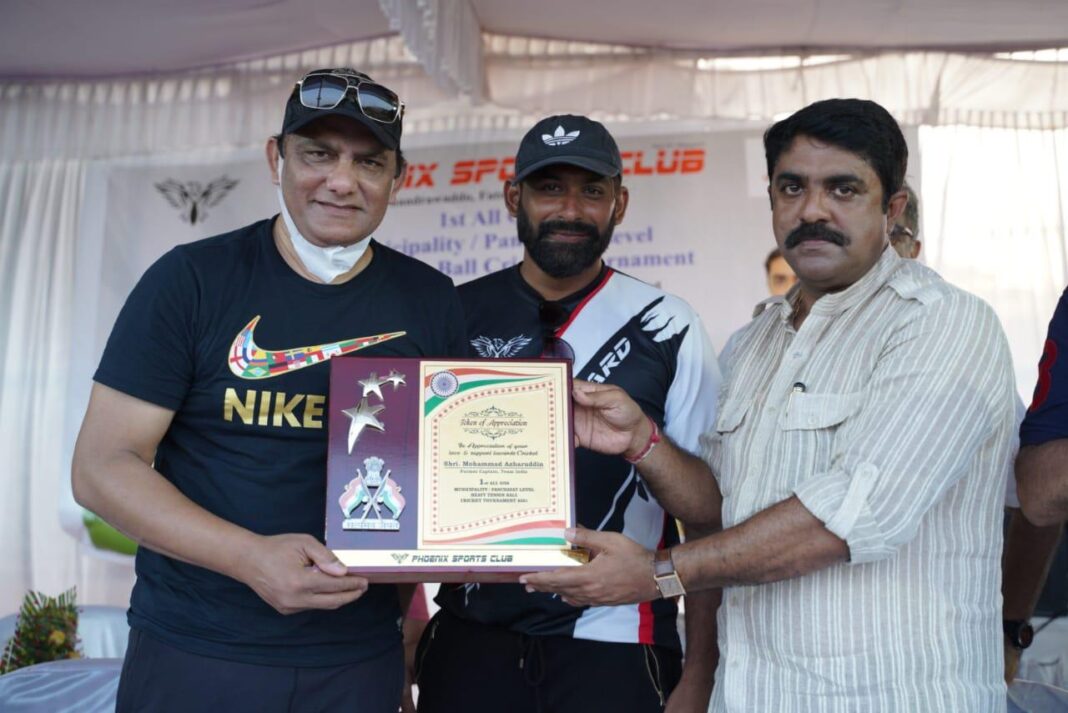 Gracing the occasion , Former India Captain Azharuddin reminisced about the times he used to come play in Goa and pointed out saying that Goa has the talent and skill for cricket. The former Indian captain said that the people in Goa, and Fatorda must use their MLA Vijai Sardesai to enhance and better their skills in cricket and sports.

Former India Captain Azharuddin said that “Vijai as an MLA has done his best to give the people of Fatorda a fit and healthy lifestyle, and you should make use of his hard work and efforts.” He also said that he has been thoroughly impressed with the development in Fatorda and endorsed Sardesai to say he should become the Chief Minister of the state. Azharuddin said “this is not a political forum, and I didn’t think I would say this ,but I have been quite impressed with the work done here, and hopefully Vijai Sardesai should become the Chief Minister so that he can take all of Goa Forward.

Goa Forward Chief and Fatorda MLA while speaking thanked Mohammed Azharuddin for taking time from his busy schedule to inaugurate the joggers complex and to grace the finals of the tournament said “having Azharuddin here is to promote and encourage the sporting talent and skill of Goa.” Sardesai also hit out at the government’s pro-cannabis stand saying, “they want to promote the sale of Ganja, but we want to promote the talent and skills of our youth.”

Sardesai further said that he wants “all Goemkars to be proactive, and to look forward with hope,” assuring that under his watch the Phoenix sports tournament would be an annual fixture in Fatorda’s calendar.

Fr. Victor Ferrao who also spoke at the event said that “as Goans, we are proactive, forward people, and must not be reactive in the pitch of life.”