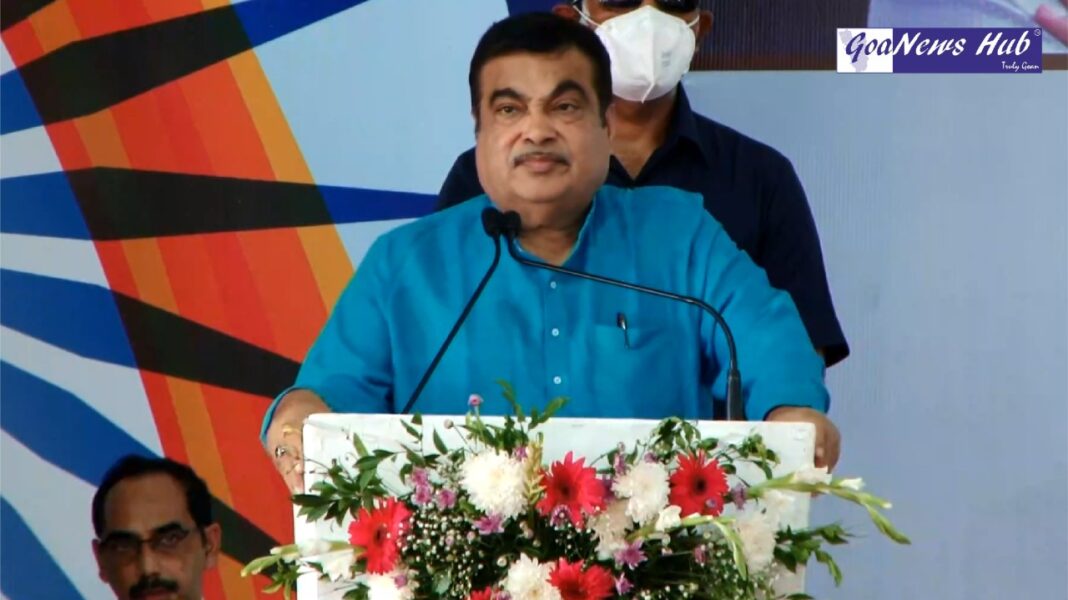 Panaji: Union Minister for Highways Nitin Gadkari on Monday said that proposed viewing gallery on upcoming bridge on zuari river in Goa will be better tourist attraction then ‘Eifel Tower.”

The union ministry is constructing a bridge on Zuari river parallel to the existing structure on Panaji-Margao highway.

“The work on the Zuari bridge is going on. We have planned a viewing gallery by constructing two towers on this bridge. It will be better tourist attraction then Eifel tower,” he said addressing a function to inaugurate the link of National highway between Loutolim village and an industrial estate located at Verna village in South Goa.

He said that the gallery will have restaurant and art gallery besides special spaces would be created for the small time vendors to sell art and craft.

Gadkari said that below the galary, there will be parking space and people can even arrive here in boats.

He said that the bridge will be completed in September 2022 but the attempts are on to open at least single lane of the bridge before that.

Addressing the gathering, he said that the work on Mumbai-Goa national highway will be completed in next one or one and half years.

He said that there were some difficulties in completion of Goa-Mumbai highway in certain packages, which has been now addressed.

Gadkari said that once completed, this road will connect Maharashtra and Karnatka passing through Goa.

Remembering former Goa chief minister late Manohar Parrikar, Gadkari said that it was his dream to create such infrastructure in Goa.

He stated that all those projects which were proposed by Parrikar are now being completed.

The minister said that projects worth Rs 12,000 crore has been implemented in the coastal state (since 2014).

He pointed out that bridge on Mandovi River which was inaugurated little before Parrikar passed away currently is being used by 66,000 vehicles on daily basis, thereby easing the traffic jam in Panaji.

Referring to the Greenfield Mopa Airport, which is currently under construction, Gadkari said that the union ministry will complete link road connecting the airport at the cost of Rs 1,200 crore.