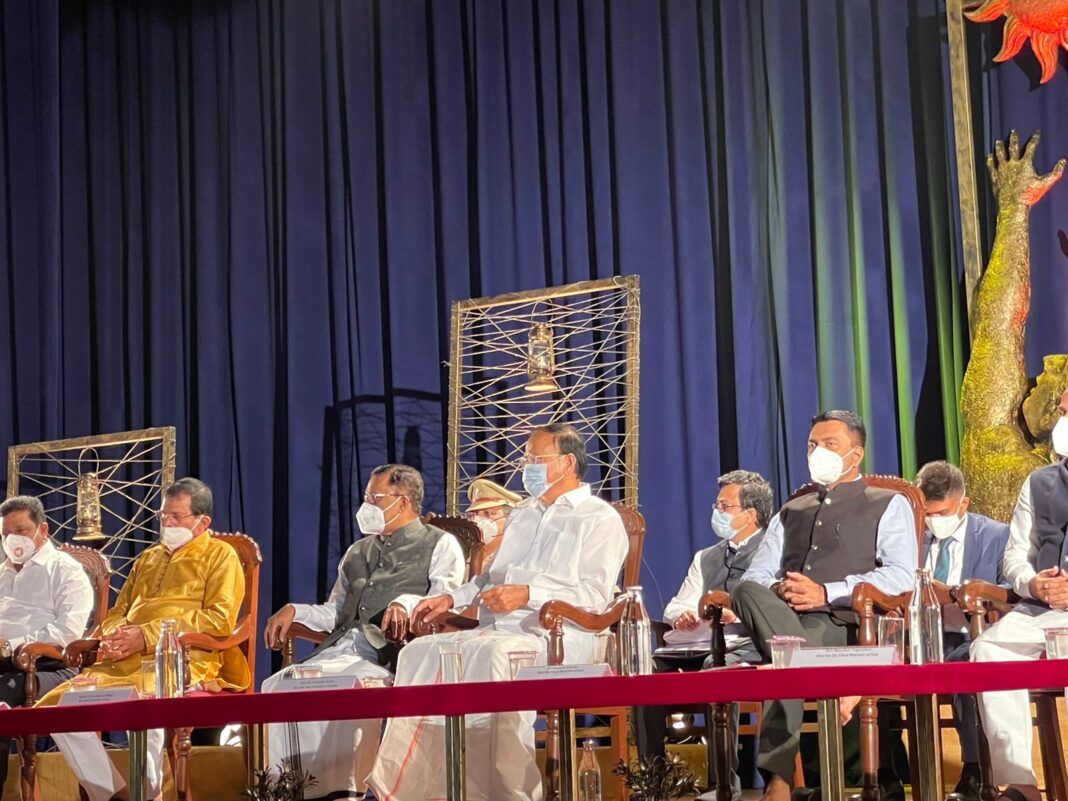 Panaji: Vice President M Venkaiah Naidu on Thursday said the era of strict segregation of subjects was over, as he called for adopting a multidisciplinary approach in higher education to produce well skilled individuals and have better research outcomes.

He also emphasised the need to give equal importance to humanities in science and technology institutions.

After inaugurating the new campus of the Sant Sohirobanath Ambiye Government College of Arts and Commerce at Pernem in North Goa district, Naidu said the exposure to arts and social sciences is known to increase creativity, improve critical thinking and enhance communication skills among students.

‘These qualities are in high demand in the 21st-century economy where no sector of the economy works in solo,’ he said addressing a gathering in the presence of Goa Governor P S Sreedharan Pillai, Chief Minister Pramod Sawant, Union Minister Shripad Naik and others.

“The era of strict segregation of subjects is a thing of the past as the world today is increasingly adopting a multidisciplinary approach in higher education to produce well-rounded individuals and better research outcomes,” he said.

Stressing the need to produce world class researchers not just in sciences, but also in social science, languages and in the fields of commerce and economics, Naidu praised the Goa government for setting up commerce and economics laboratories as well as language labs in several institutes of the state.

Recalling that the ancient India was home to several renowned institutions of advanced learning such as Nalanda, Vikramshila and Takshashila, he said the need is to regain the past glory and make India a leading nation in the field of education, research and innovation.

‘We need to create the right ecosystem for research and innovation to thrive in our universities and higher education institutions,” he said and urged vice chancellors of universities and educationists to give the required thrust to research, in tune with the objectives with the New Education Policy-2020.

He praised the Goa government for its plans to set up the Goa State Research Foundation to promote research work in multidisciplinary projects.

The higher education prepares students for more meaningful and productive roles and plays an important role in improving the standards of living, he said, adding that quality higher education is invariably a hallmark of all developed economies.

Praising Goa for performing well in the field of higher education, Naidu appreciated that the state had a Gross Enrollment Ratio (GER) in higher education for women at 30 per cent, against the national average of 27.3 per cent.

Lauding the state for having a higher more female students than males in higher education, he said, ‘This is a very good sign and must serve as an inspiration to other states.’ Observing that nature must not be neglected in the quest for development, Naidu said a butterfly and a garden are as important as the latest IT tools.

‘That is why I always advocate the need for students to spend half of their time in the classroom and the remaining half in a playground or in the lap of nature,’ he said.

Naidu advised youth to avoid a sedentary lifestyle, unhealthy dietary habits and consumption of harmful substances. It is important to remain physically fit by undertaking regular exercises or yoga, the vice president said.

He expressed happiness that the Pernem College has steadily progressed over the years and expressed hope that the expanded facilities at the institution will be beneficial for rural students from the area.

He also praised the college for its focus on sports for all-round development of the students and asked the faculty and students to always keep the bar high and strive for excellence.

Previous articleGoencho Avaaz urges Governor Pillai to dismiss Goa Government
Next articleBJP is going nowhere, you have to fight it out for next many decades: Prashant Kishor