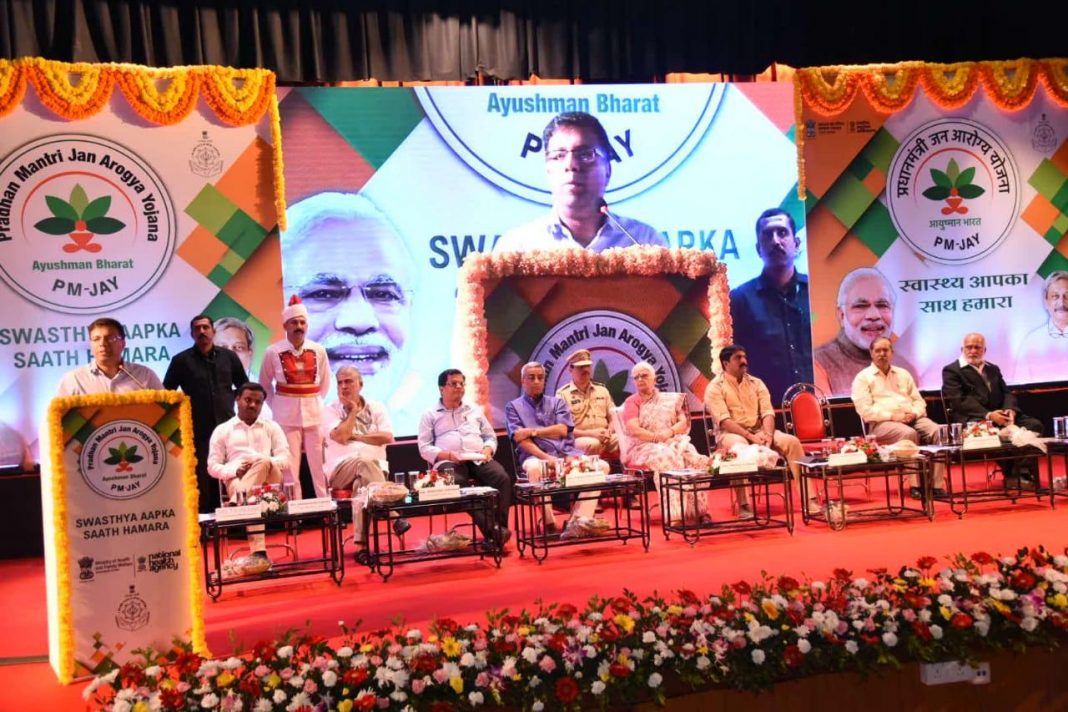 Total 36,539 beneficiaries are identified under the scheme, which will be integrated with State’s Deen Dayal Swasthya Seva Yojana (DDSSY). Scheme provides insurance cover of up to Rs. 5 lakhs per family per year, for secondary and tertiary care hospitalization.

Under the vision of Ayushman Bharat, PMJAY will be implemented so that each and every citizen receives his due share of healthcare.

On the occasion of the launch, golden cards were distributed to the beneficiaries.

Governor lauded Prime Minister Narendra Modi for launching such a scheme which will benefit crores of needy people in their health needs. “I am giving lot of blessings to the Prime Minister. He calls me ‘Didi’ and whenever I meet him I used to bless him “Ayushman Bhav,” she said.

PWD Minister Ramakrishna Dhavalikar said that under leadership of Modi, India has moved on from roti, kapda and makan with stress on other amenities including health care.

Sardesai said that our government is not of Mohalla clinics but of superspeciality facilities that are found in the government run hospitals including in Goa. “In Goa, today, the health sector has transformed so much that people are looking at GMC as first option for superspeciality treatment,” he said.

State Health Minister Vishwajit Rane announced that the scheme would be integrated with DDSSY. “Currently only four hospitals are empanelled. Shortly, private hospitals will be also covered under the scheme,” he said.

Previous articleParrikar to continue as CM, portfolios would be re-allocated soon: Amit Shah
Next articleCongress demands ban on fish import