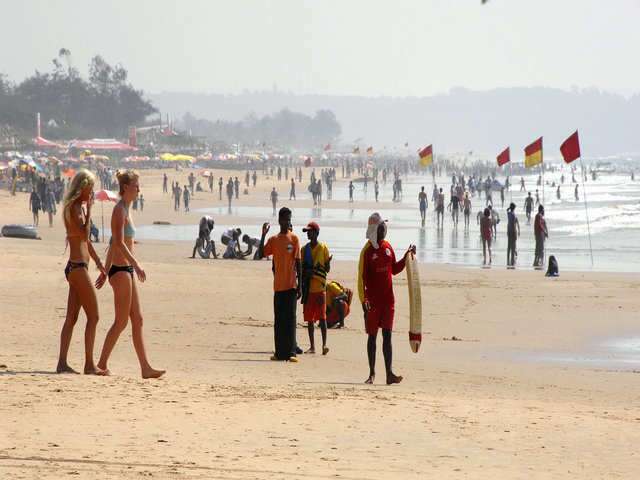 Panaji: While expressing worries over the decreasing footfalls of foreign visitors, Goa’s tourism stakeholders in their ‘white paper’ has suggested various corrective measures to the State government, which includes reduction in taxes which makes the Indian coastal state, an expensive destination.

Travel and Tourism Association of Goa (TTAG), an apex tourism body in the state, after holding several consultative meeting had prepared a white paper which was submitted to State Tourism Minister Manohar Ajgaonkar on Thursday (yesterday).

“In the period from 2017-18, airport arrival and departure figures saw a decline of more than 21 per cent,” it states adding that “while domestic tourism has seen an upswing of 25 per cent to 30 per cent, the appreciable drop in average room rates and occupancies across Goa, indicates a fall in the quality of domestic tourism.”

The apex body has also mentioned that there is also a sharp drop in the number of charter flights which arrived in Goa in 2013 (1128) to 840 now which is lower the previous season by 154.

Pointing out to the problem areas, the white paper states “the  sudden unorganised boom in the growth of the unregulated bed and breakfast and homestay facilities has led to an unhealthy surge in oversupply of accommodation for tourists, disrupting pricing levels, which has impacted the hospitality industry.”

“There is no adequate infrastructure which can host large scale MICE events with a capacity of over 3000 guests. The largest banquet facility in a starred hotel can host a maximum of 1000 guests,” it adds.

TTAG has said that there is  a lack of entertainment avenues for tourists, apart from beaches with an over-reliance on beaches and no serious effort to diversify Goa’s tourism offering bouquet.

The white paper also mentions that the Dabolim international airport, which is the first touch point for tourists visiting the state is an eyesore.

“Public spaces are occupied by low budget tourists, who travel to Goa in large groups in buses and large jeeps and end up cooking and performing daily ablutions in public. While this not only robs such tourists of their dignity, it also serves as an eyesore and causes discomfiture to locals as well as other tourists,” it adds.

TTAG has also said that there is lack of incentives for charter tour operators and there is need to revive glory days of charter tourism by incentivising operators.

“Brand Goa’s identity needs to be reinvigorated and streamlined across all platforms,” the White Paper has said adding that there is excessive attention on beach tourism.

Kashmir Tour with GAC Holidays starts at 35000/- only