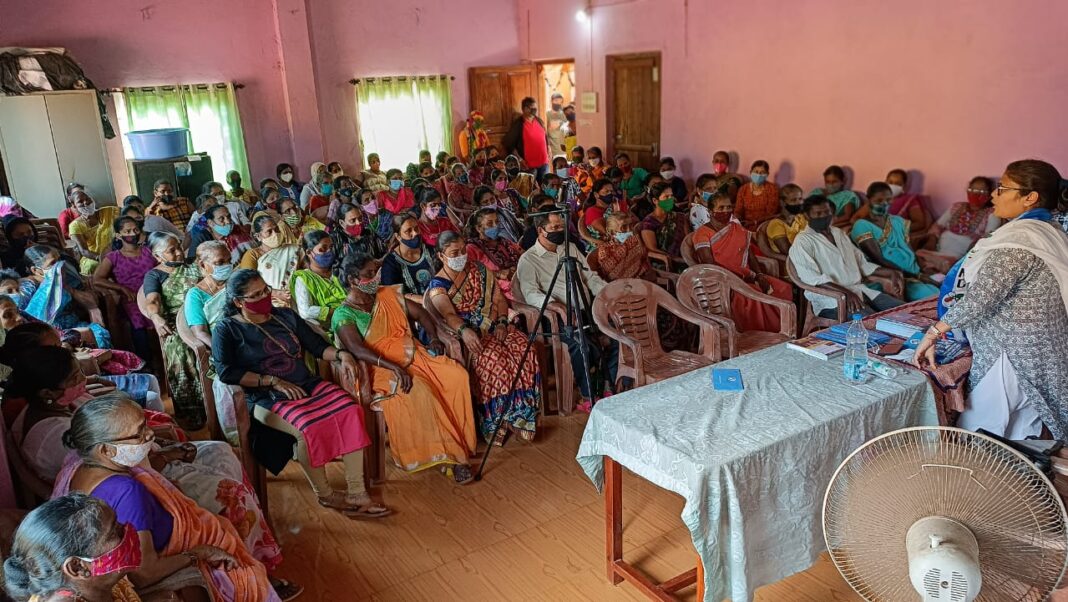 Sanguem: TMC leader Rakhi Prabhudesai Naik has managed to enter into those pockets in the constituency, which has been left untouched by political class.

Several villages in Sanguem Assembly constituency have been left without development with some of the areas are yet to get proper road.

Naik has managed to reach out to these people, sometimes, walking for kilometers, during her campaign on behalf of the party.

The TMC leader has become a woman face in the party, which had faced a setback in Sanguem after last minute U turn by then MLA Prasad Gaonkar. Naik has managed to get the party back on the tracks in this constituency, which is looking for development.

Considering the increasing hold over the constituency, TMC leaders like MP Sushmita Dev and Saayoni Ghosh had visited the constituency where she was welcomed by hundreds of women.

The rising popularity of TMC schemes in the constituency led by Naik has given a new hope for the party to put up a tough challenge for political bigwigs.